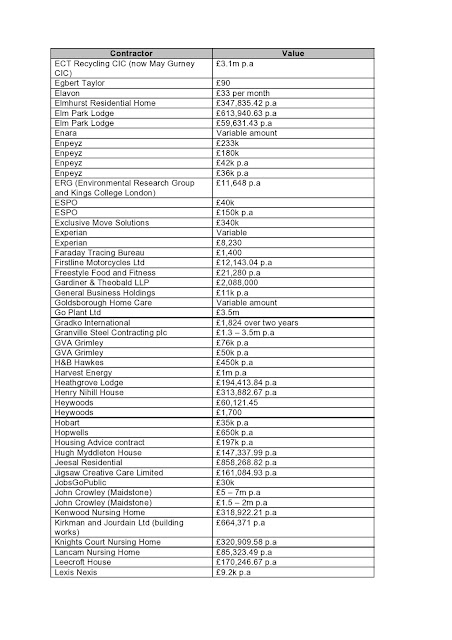 Now the omissions from this list would be funny if they were not so glaring.
Grant Thornton ( and we know the Auditor has a Contract )
Halliford Associates Ltd ( so the £1,000 a day Andrew Traversty & there is a contract, it is on this blog, does not appear in the list of contracts. An astounding omission )
Jacquie McGeachie HR Consulting Ltd ( the glorified temp in charge of HR - see the entry in Mr Reasonable's blog - £140,000 paid last year )
Hays ( more than £8million paid last year )
Hewlett Packard  ( those pesky tablets )
Kent County Council (where Barnet buys its electricity and where there are accusations of fraud)
Impact Distribution (The Company that partially delivers Barnet First)
Oh and Egbert Taylor, £90. Was that worth a mention ? 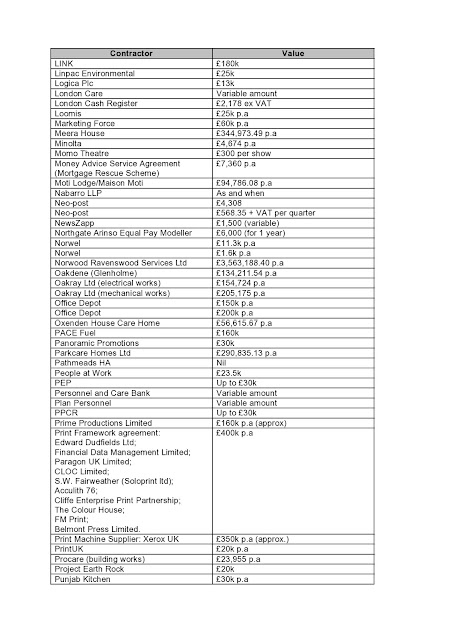 Not worth listing too many more as you will get bored.
Magenta Security is missing from this list.
MJW Office Moves ( how could be be missed. Mr Willoughby nearly lives at NLBP where he has a nice business playing musical desks and chairs )
Martin Ward Anderson Ltd ( yet more consultants )
Sorry, still another page and a bit to go of this tut. 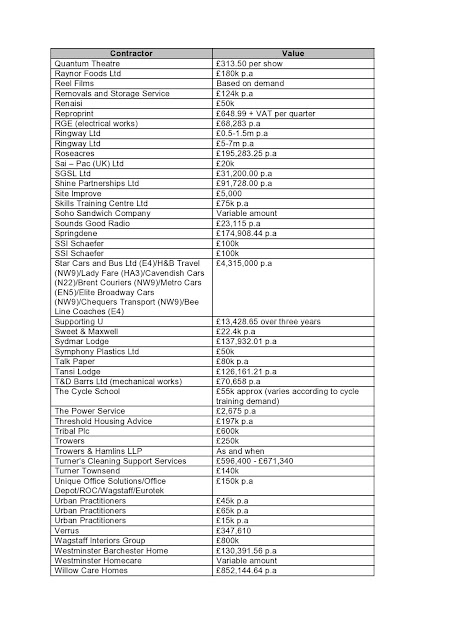 Where are ?
Veolia Water ( £1,400,000 paid to them in April 2011 - not a trifling sum )
Volker Highways
Woodford Litho ( they print Barnet First )
Renouval Ltd ( another PAYE averse management bod )
SJ-HR Recruitment Ltd now called DSJ Global ( providers of an interim in Performance Management which is evidently top secret as Barnet Council have refused to tell Mr Mustard the daily rate. A complaint is currently with the Information Commissioner )
ThinkPublic ( Spending thousands on the Innovation Bank )
and finally, page 5 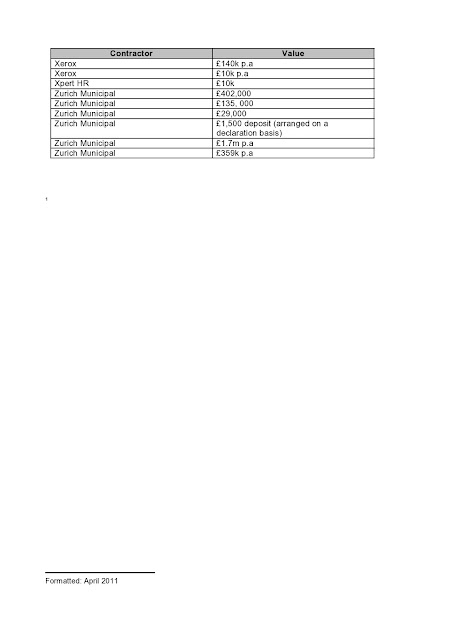 So Mr Mustard had a quick tot up and made those 5 pages about £60million excluding the variable amounts. Total purchases about £250million so this list comes up somewhat short. It completely fails the sniff test or sanity check as it is also called. Does anyone in management look at FOI replies before they go out? because this one is obviously deficient.
So if no-one at Assistant Director level looks at these before they go out then you should just go home as you either aren't interested enough on what is going on in your department or you can't be bothered or you have got your head stuck in the One Barnet cloud.
If an AD did look at this before it went out then you should still go home because you are either incompetent or couldn't care less.
There just doesn't seem to be any pride in the work of management at Barnet Council.
Mr Mustard has spent 20 years helping to sweep up after private Companies have hit the buffers and gone into Liquidation. He knows what corporate failure looks like. If you were a private company Barnet Council you would have collapsed long ago.
What should you do now Barnet Council?
1 Write to the person who made the FOI request and explain how/why your answer was incomplete.
2 Take it off the website before it misleads others
3 Prepare & publish in the next 30 days a new list that is complete of suppliers paid more than £25,000 in a year ( just to make sure Mr Mustard will send you an FOI request later )
Yours frugally
Mr Mustard
Posted by Mr Mustard at 8:54 am