An upcoming walk (stay in your seat) 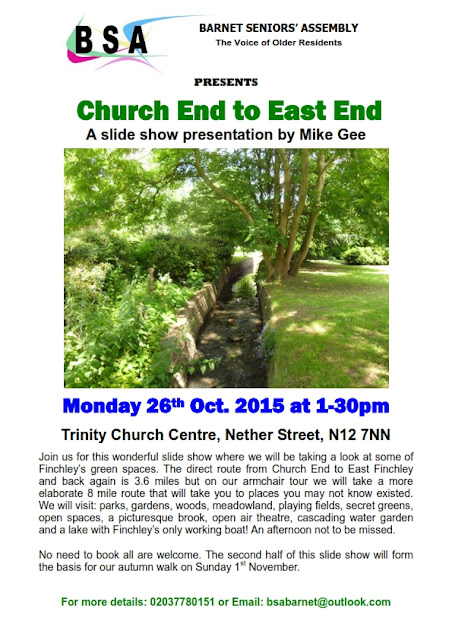 Posted by Mr Mustard at 3:24 pm No comments:

The council have responded to someones Freedom of Information request by providing, for a 3 year period, the postcode in which the vehicle was registered. That is not necessarily the same as where the contraventions were committed. The postcode will not be available if someone just pays up as soon as they get the PCN.

Don't try and draw too many conclusions from the data.

Mr Mustard for his part has realised that the data is possibly not correct as pennies are not usual with PCN, whole pounds are and lots of them.

Posted by Mr Mustard at 1:14 pm No comments: 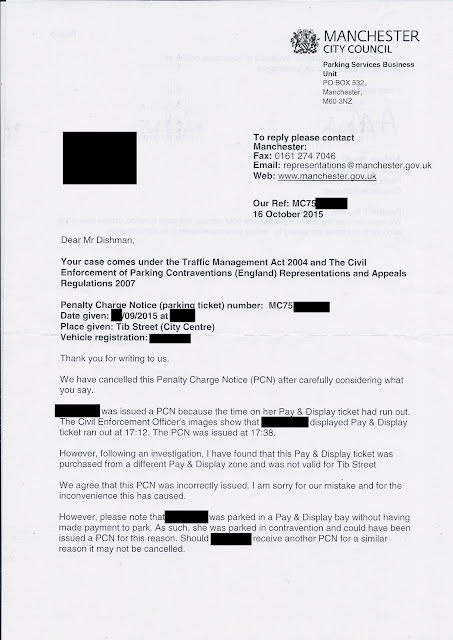 Posted by Mr Mustard at 2:41 pm No comments: 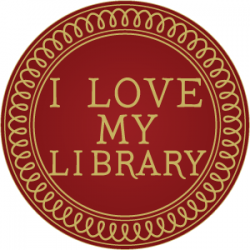 
Please join us to protest the cuts to our library service from 6:30 outside Hendon Town Hall on Tuesday 20th October. The Conservative administration in Barnet have a majority of only one so the result is not a foregone conclusion.

The recently published proposals, If implemented, will mean a terrible hollowing-out of our library service:

- The council is planning to spend hundreds of thousands of pounds on a system that makes it possible to enter libraries only if you have a card and PIN obtained in advance. Therefore, access will denied to all children under 16 unless accompanied by an adult (so, for example, 15-year-old students would not be allowed in to study after staff leave at, perhaps, 5 p.m..)  ‘Security’ will be provided by unmonitored CCTV. There will be no immediate assistance available for queries or research or for vulnerable or disabled people who might need other help. If you don't have a PIN, you will not be able to decide to spontaneously 'pop into' the library. There will be no provision of toilets or baby-changing facilities in the unstaffed libraries.

- the cost of implementation, including redundancies, planning, reconfiguration of space and new tech for staff-less libraries is estimated to total around £6.56 million

Full details of the council’s plan can be found here.

On Tuesday 20th October this proposal will be put to full council at Hendon Town Hall. Protesters will gather outside from 6:30pm, please join us to add your voice opposing these appalling cuts.

Directions:
Hendon Town Hall, The Burroughs, NW4 4AX. The 143, 183 and 326 buses stop at the town hall which is also 10 minutes walk from Hendon Central station on the Northern Line.
I look forward to meeting you there.

Polly Napper
Save Barnet Libraries
Posted by Mr Mustard at 11:25 am No comments: 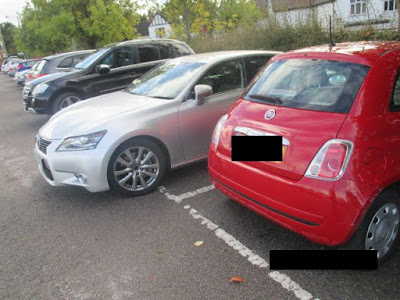 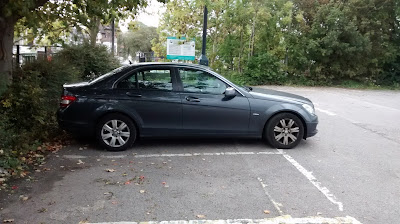 You don't need to go back to 1961 to do the twist if you are a Barnet Council / NSL traffic warden. You can try and twist motorists out of money in the summer of 2015 and simultaneously shoot yourself in the foot.

His client, who Mr Mustard always believed, but apparently her husband was sceptical, parked in Finchley Road, Temple Fortune and displayed her blue badge, but the council claimed the bay was suspended. The lady did not see the suspended bay sign (and it was not the triangle shape that they often are in order to try and attain all round visibility) and challenged the PCN on the following grounds:

"As you will see from my photos not only was the sign turned to face away from the road but it was not at all visible from the bay in which I parked my car."

The council refused the challenge and said:

Please be advised that the signage taken by the CEO (sic) at the time of the contravention is facing the correct way. The council can confirm that the signage in place is complaint (sic) with the relevant legislations (sic) and deem you liable for the charge incurred.

The council meant to say "photos of the signage taken by the CEO" not that he took the sign away!

They mean that the signage is compliant with the legislation. It isn't as it omits some mandatory information.

The council cannot deem you liable for the charge. Until you either fail to contest a PCN in time or an adjudicator finds against you a PCN and associated documents are just that, so much paperwork. It is language designed to induce you to pay up (not likely when you are being represented by Mr Mustard, or are on your own but know that an injustice has been done to you).

The case has now reached the adjudication stage and an evidence pack has been received in good time (Barnet are actually much better than many councils, they send a pack to Mr Mustard and another one to the motorist so they can pat themselves on the back for that) but it contains something that hurts their case (and the duty is to submit all evidence good or bad. Mr Mustard is obliged as a regular representative to assist the tribunal which means saying when something is against him. Amusingly, he withdrew a point recently and the adjudicator asked him why he had done so and Mr Mustard told him the argument was pants (he didn't exactly say that) and the adjudicator then responded that it was and he had been looking forward to a good argument about it!) and it is this sentence in the case summary:

Furthermore, the council would add the signage was in fact directly next to the appellant's vehicle also seen in Google Street View the position of the suspension signage.

The vehicle was not "directly next to" the signage, she was in pole position in bay #1 and the sign is perpendicularly placed alongside bay #2.

Off to google went Mr Mustard and here is what he found, from two angles:


Mr Mustard had to be helped up from the floor where he was almost laughing his feet off (even funnier than laughing your socks off).

What does the council's own evidence show? It shows (in black & white when it should be in colour) a similar street map image as Mr Mustard's one, with the sign turned to the left.

A complaint is about to be made to the council as the traffic warden must have put the sign straight, a member of the public wouldn't touch it. If the council continue to oppose the Appeal Mr Mustard will be claiming costs for vexatious and/or wholly unreasonable behaviour (costs are rarely awarded but this is a deserving case) and he has spent time visiting his client and she will attend at the tribunal to give evidence in person so between 5 & 10 hours in total at the legislated flat rate of £18 per hour.