£7m in and on Amber alert (with red blotches)

Mr Mustard realised it was quite a while since he reported generally on One Barnet but then no-one inside the council seems to have reported on it since 24 April (to Budget & Performance Overview & Scrutiny - papers here ; for now you will have to download the whole thing as the Appendix 1 link seems to be broken).

The pdf is sadly sideways as Mr Mustard doesn't lash out hundreds of pounds on software. If some kind soul wants to use their version of Adobe Acrobat to turn this round for Mr Mustard it would be greatly appreciated (please email the corrected version to mrmustard@zoho.com) . If you download it from scribd you can view it sideways on the screen, just not save it, and it will print correctly.
One Barnet Programme Report 24 April 12

If you want to see it the easier way around, here we go, with a series of jpg images that you can click on to increase in size: 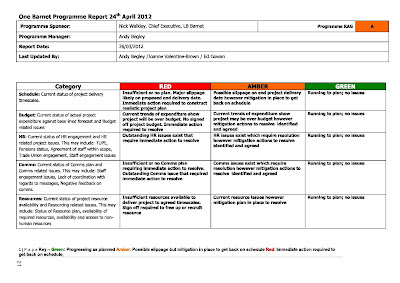 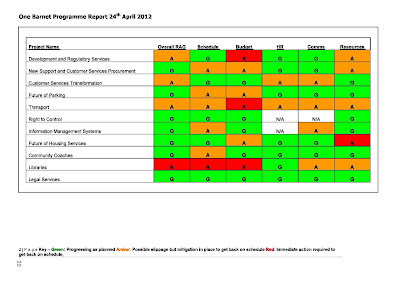 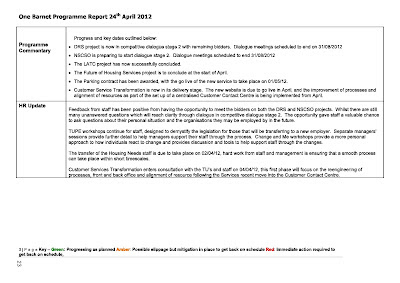 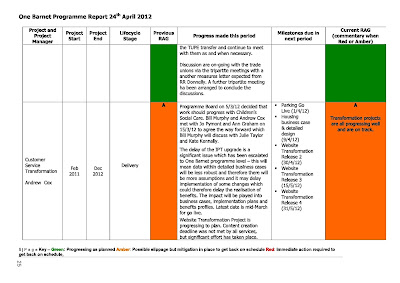 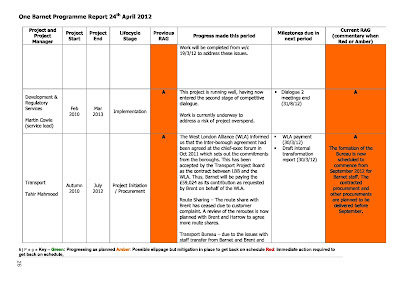 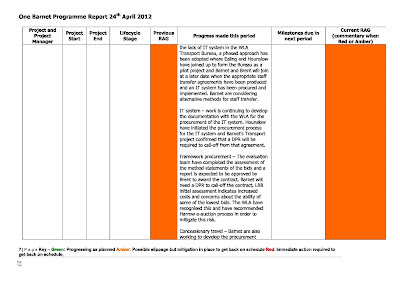 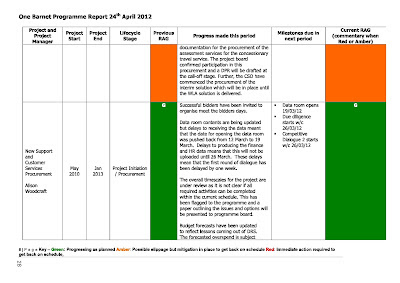 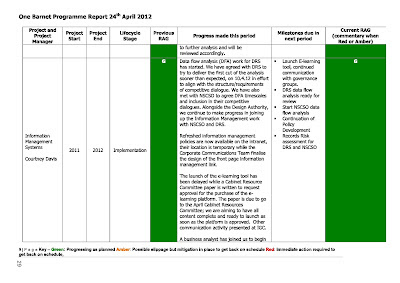 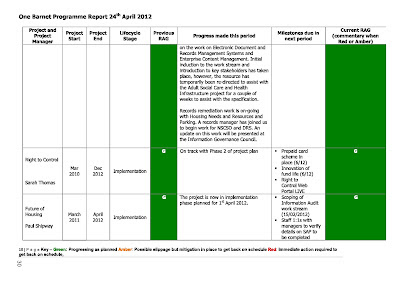 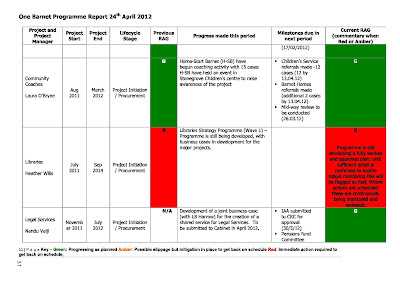 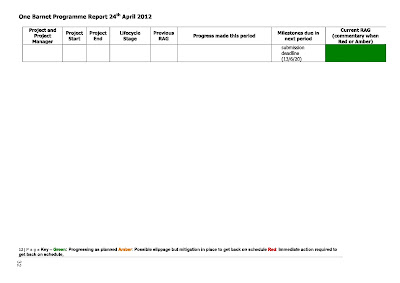 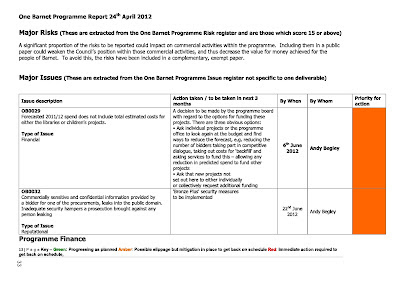 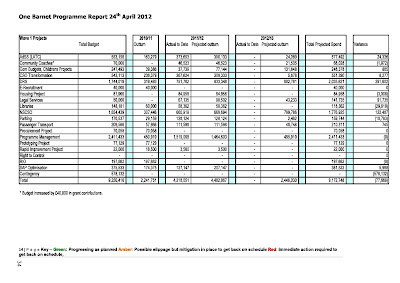 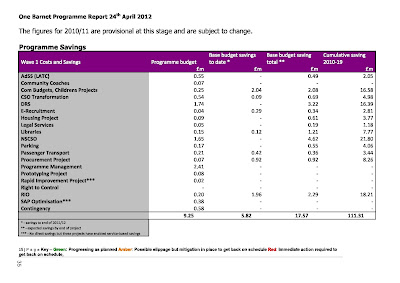 Some points extracted from the above:

How is the legal services merger going? It is too early to say until all this One Barnet nonsense is out of the way although we have seen Harrow staff not know that planning decisions cannot be taken after a certain time and try to give advice after a vote has been taken (too late!).

The HR update is a masterpiece of delusion. Mr Mustard doubts that a single person is looking forward to working for BT, Crapita or EC Harris.

This report shows how worthless the traffic light system is. For parking two of the indicators were amber and so overall the project was green which is an over-generous way of marking. All the accounts, and secret documents, that have reached the eyes & ears of Mr Mustard show that the new contract is a shambles and this is in the public domain given how badly appeals have been going for the council at PATAS.


The delay of the IPT upgrade is a significant issue ...data within detailed business cases will be less robust (i.e. wrong )  but One Barnet ploughs on regardless.

Route sharing with Brent didn't last very long due to customer complaint. Mr Mustard expects that the customer was put last in the process and was driven all round Brent & Barnet before reaching their destination like a holidaymaker on a cheap trip in a coach on the Costa del Sol.

The transport bureau hasn't been very well planned; "issues with staff transfer" and "the lack of IT system in the WLA Transport Bureau" yes, in 2012!

Oh dear me Robert Rams, the worst performing project is Libraries and your project is going to take over 3 years to complete. "Programme is still developing a fully worked and approved plan..."

The major risks are so worrying that the public cannot be allowed to see them (p33). Mr Mustard thinks we should be told so has the matter with the Information Commissioner.

Major issues. Oh dear Robert, there is  no budget for library transformation. That may be a blessing as it will stop change occurring.

Just look at the spending on this vanity project. By April 2013 the allocated spend will be £9,172,748 and that is without valuing the time of management and staff taken off their normal daily jobs.

£9m spent and nothing really to show for it.