PCN - being aggressive could cost you 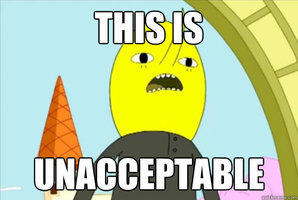 Mr Mustard fell over this recent tribunal decision today and would like to advise motorists to make their points strongly but not rudely as otherwise what you write (or say to a traffic warden) will come back to bite you on the bottom and could be costly.

The allegation in this case is that the vehicle was parked in a restricted street during prescribed hours. Mr. BadManners does not in fact dispute this but says that this was only in order to open his gates. He says that the Civil Enforcement Officer was only able to take photographs because she told him he had a minute to open the gate but that once warned he left immediately.

This is a case in which the Enforcement Authority rely on postal service of the PCN. A PCN may be served by post where a Civil Enforcement Officer had begun to prepare the PCN for service but the vehicle was driven away before the PCN could be served.

The aggression and abuse recorded by the Enforcement Officer is consistent with the wholly unacceptable manner in which Mr. BadManners has conducted the correspondence in this case. Having considered all the evidence I am satisfied that the Enforcement Officer made a truthful and accurate record, that the contravention occurred and that the PCN was properly issued and served. I am not satisfied that any exemption applies.

Civil Enforcement Officers are entitled to go about their work without being abused by the drivers of illegally-parked vehicles, or indeed anyone else. In the circumstances of this case, including the tone of the details of appeal Mr. BadManners may consider himself fortunate I have not ordered him to pay costs in addition to the penalty charge.

You have been warned. Name changed to protect the not so innocent. The costs award would have been for wholly unreasonbable behaviour. Other reasons for costs awards are being vexatious or frivolous.

Mr Mustard
Posted by Mr Mustard at 8:18 am