This motorist was unlucky. They were in a bay which started at 2pm and when they went to move their car at 5 minutes to the hour they found they were blocked in by an ambulance. There is also a police car at the scene so something serious was happening. The ambulance was there for the entire zone hour and beyond. Would you go looking for the ambulance driver as Mr Mustard wouldn't? 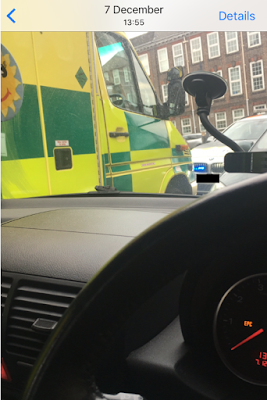 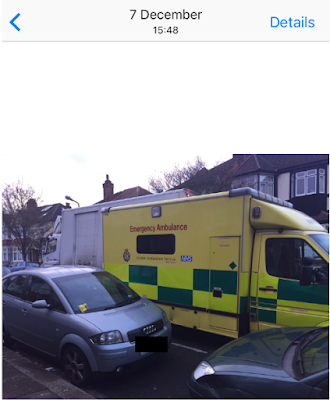 Being stuck due to circumstances beyond your control is a valid defence to a PCN. Will Barnet Council agree? Let's see as the challenge is in.

7 January - the informal challenge was accepted.

Mr Mustard
Posted by Mr Mustard at 5:51 am

Email ThisBlogThis!Share to TwitterShare to FacebookShare to Pinterest
Labels: 999, emergency