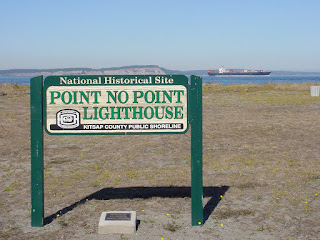 A perfect storm led to me getting today's PCN. I am lunching in Cafe Buzz whilst penning this tome. (This by a resident who comes to Mr Mustard for advice but is well able to handle his own PCN challenges).

I parked opposite Argos Tally Ho (my destination) in bay 79143 (yes, the one with 5 numbers) and walked to the nearby PayPoint, Tally Ho News where I waited a few minutes as Mr Patel served a customer and then entered on his terminal the location number, vehicle reg and parking time required (1 hour).

Mr Patel tried again, saying it would probably not work as it never does for that location and hasn't done for more than a year. Same message.

I requested a print-out but Mr Patel was unable to obtain one, apparently it only prints a successful transaction. I estimate I was in the store for 4 to 7 minutes.

Back on the street, intending to re-park in  a valid bay, I spotted a welcoming yellow envelope on the windscreen with the CEO nearby and alerted Mr Patel who kindly left his store and we recounted the circumstances to CEO486.  He politely explained that once issued (4 minutes observation) he was unable to rescind a PCN, that I should appeal and he would make a note of the circumstances.  He did make the wholly unnecessary observation that there are other ways to pay and opined that paybyphone is best but sweetened the situation by adding that I could now leave the car parked in the bay for the rest of the day without having to pay. Yippee!  We parted on good terms.

Mr Mustard had noticed that some locations have a 5 digit code and all the rest have only 4 digits. As he has never used PayPoint he was unaware this presented a problem. Mr Mustard has just checked his list of the old cash parking meters and the bay references which they became and there isn't a bay 79143 in that list of 462 locations nor is there 9143. Please tell Mr Mustard of any other 5 digit codes around the borough.

PayPoint used to use the 4 digit location code worldwide but having allocated them all they then switched to 5 digits. Clearly they weren't planning on expansion when they started.

Bay 79143 works with the paybyphone app, SMS text and from a mobile phone keypad. However it seems some of the terminals may have outdated software which will only work with 4 digits.

The 3 minute minimum observation time for being parked without payment is unrealistic as the shop might be a few hundred yards away and there could be a queue.

The signs need to include the name and location of the nearest PayPoint outlet(s) instead of just a telephone number to call.

Mr Mustard hears that Haringey Council are about to go down the cashless parking route which is yet another borough that those people who for whatever reason don't have a phone and/or a debit/credit card will not be able to visit unless they can find a private car park which still takes cash. Mr Mustard is all in favour of electronic payment but only as an option, not as the only option. The cashless policy surely discriminates under the Equality Act?