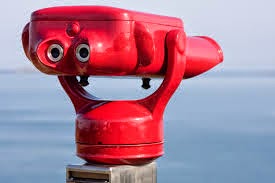 There is a lot of talk by motorists of a 5 minutes grace period before they should be given a parking ticket. This is an urban myth which still reaches PATAS quite often.

Mr Mustard does sometimes use observation periods as part of his usually multiple representations but only when NSL's traffic wardens have failed to follow the observations periods set out in the Contract as after all what's the point in there being a specification if it isn't enforced. He hasn't yet had a case turn on this at PATAS but doubtless one day this will be his only argument and he will be ready for it. The council are under a general duty to be fair which they aren't if they allow their contractor to breach the contract and they, the council, profit by it.

The contraventions with observations times are these ones (as written in the contract, the PCN wording might be different as they change a little over time) and if your contravention isn't listed that means a PCN can and will be issued instantly.

On street
5. Parked after the expiry of paid for time - 5 mins
11. Payment without payment of the parking charge - 3 mins
19. Parked in a residents or shared use parking place or zone without clearly displaying either a permit or voucher or pay and display ticket for that place - 3 mins
25. Parked in a loading place during restricted hours without loading - 5 mins*
(* depends on vehicle class so cars will get less observation than commercial vehicles.)
30. Parked for longer than permitted - 5 mins

Off street
73. Parked without payment of the parking charge - 3 mins
80. Parked for longer than the maximum period permitted - 5 mins
82. Parked after the expiry of paid for time - 5 mins
85. Parked in a permit bay without clearly displaying a valid permit - 5 minutes

Every other codes will pretty much lead to an instant PCN except (in theory) commercial vehicles unloading on a single or double yellow (code 01) which have an untimed observation period set in the contract.

So, don't argue that you only nipped into the newsagents for 5 minutes to buy a newspaper whilst on double yellow as you will lose. Find other arguments or learn a lesson, pay the 50% and make sure you don't get caught again, by following the rules. Parking on single or double yellows is a higher rate contravention which in Barnet costs you £110. If you accidentally break the rules it is better to break a lower rate contravention at £60 such as overstaying the paid for time, or without paying at all, or parking in a residents bay.

For a sense of scale Mr Mustard checked the numbers of PCN which should have been subject to a period of observation. There were 168,179 PCN issued in the year to 31 March 13 and the number issued for the above codes was 45,746 so 27% of PCN are issued after an observation period (which often isn't given) and 73% aren't. You have been warned.