No need to be bugged - official 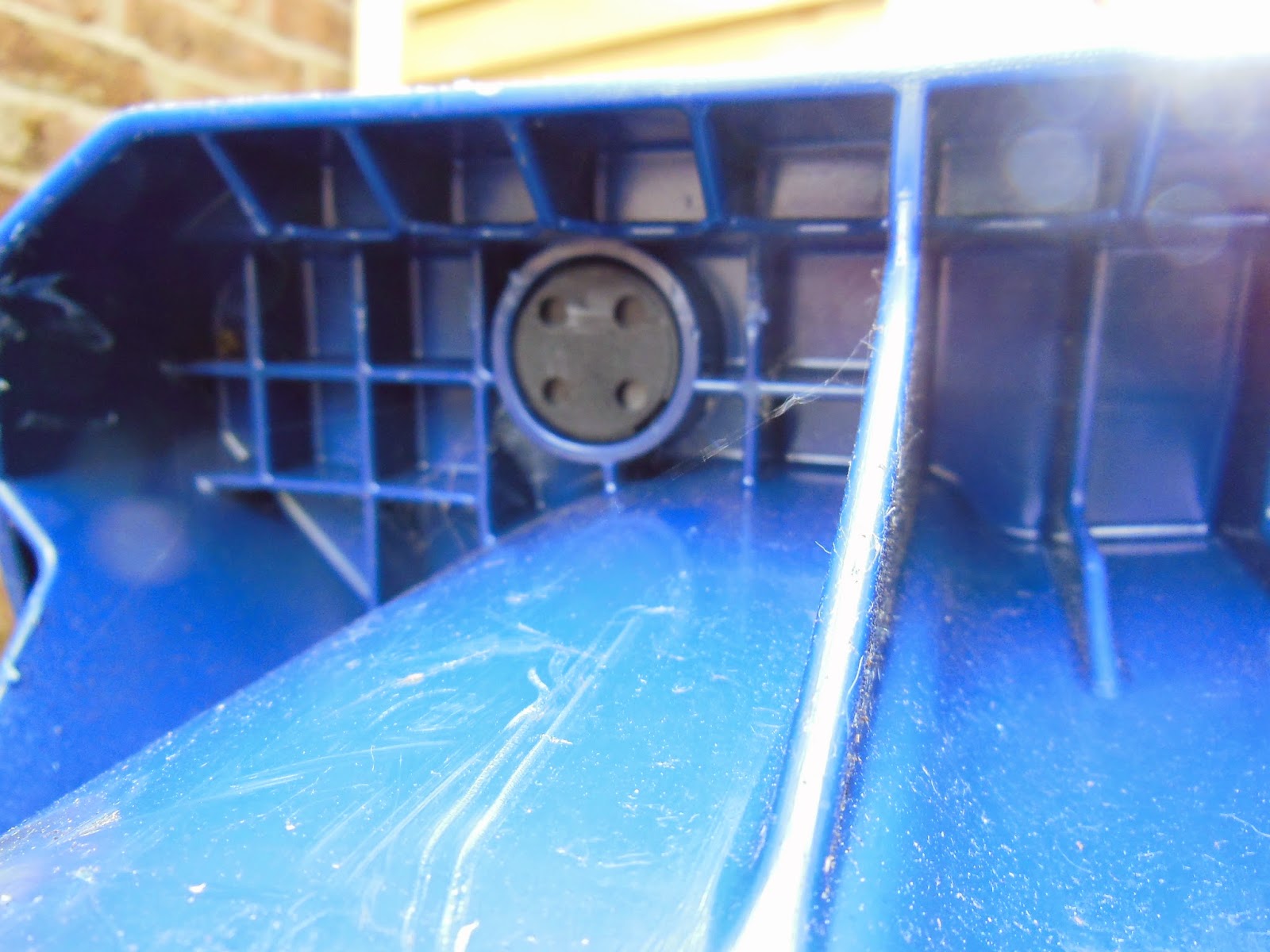 You do know your blue bin is bugged don't you, it is the black circle in the bin above (which is on its side and you are looking at the underside of the top lip). All those leaflets you were sent about the new recycling system and not a single one told you that your every discard would be weighed.

The council claim this is for a points scheme in order to encourage recycling but that sounds like a bonkers idea which will cost more in administration than it will save in landfill tax. Far better to educate people who don't recycle to do so or to actually getting around to giving blocks of more than 5 flats the necessary bins. Shouldn't that have started in January? A friend of Mr Mustard's, who lives in one of 8 maisonettes, has no way of recycling at all.

At Tuesday's council meeting, Cllr Alan Schneiderman asked a question about the bugs (RFID) and here is his question and the answer from the "leader" of the council, Richard Cornelius

So you can ask the council to "deactivate" the microchip although given that it doesn't have a power source Mr Mustard isn't quite sure how that could happen. Mr Mustard's view of deactivation is to unscrew it if you can Heath Robinson a tool to do so, or to take his direct approach: gloves, safety spectacles and a large screwdriver and simply lever it out and put it in the back of a drawer somewhere. Mr Mustard's approach doesn't require you to trust the council not to sneakily weigh your blue bin anyway, doesn't allow the council to change their mind and saves on administration.