Mr Mustard drives in the bus lane during operative hours? 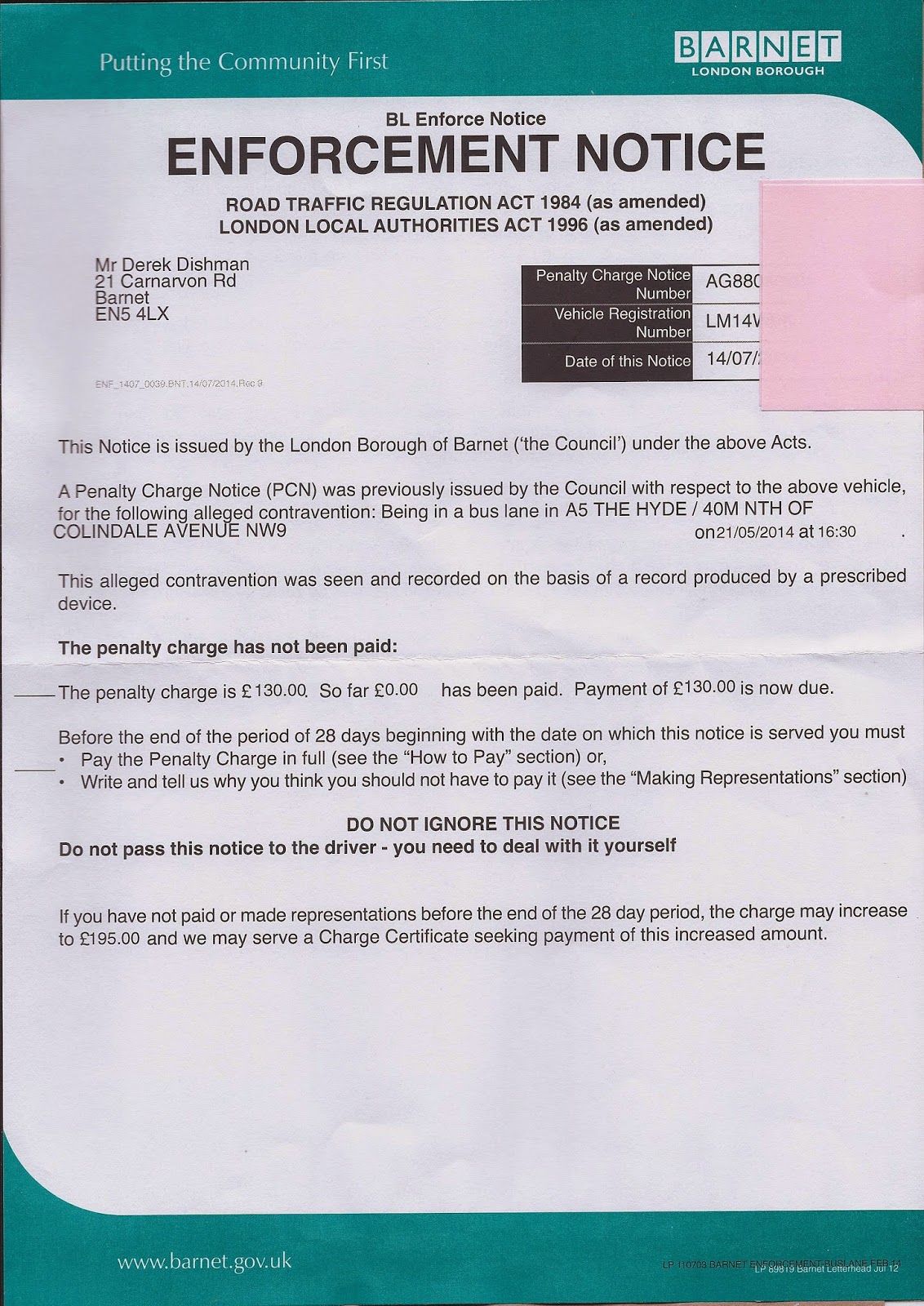 Oh dear, it alleged that on 21 May 2014 at 16:30, when he was at his desk pretending to work but actually spending half of his time on PCN (Mr Mustard has a trail for the entire day from his desktop emails) he drove down the Bus Lane on the A5. Now it isn't very likely that that will happen and he isn't the owner of this vehicle although he is acting for her but he can't give her the PCN to deal with as the driver as the Notice tells him not to.

Mr Mustard reckons that NSL have got their new parking software, ICES, in a bit of a muddle and hence they have sent him this unlawful demand for payment.

Mr Mustard has passed it to a Barnet Council parking manager so that they can cancel the PCN and take a little look at what NSL are doing wrong. This will not be the only blunder consequent to the software change.

If this happens to you, do not ignore the Notice. Send an email to barnet@nslservices.co.uk that says you are not, and never have been, the owner of the vehicle because if not the case will rumble on as far as bailiffs who don't have a reputation for listening to reason.