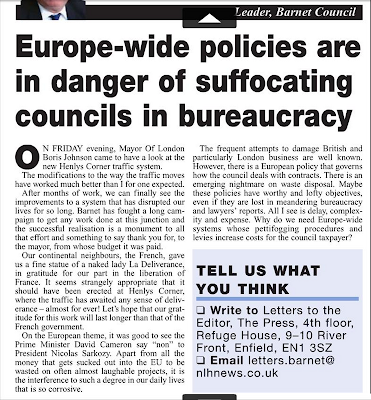 The "leader" of the council has the gall to talk about pettifogging procedures and yet he is in favour of PayByPhone parking which requires motorists to negotiate what is often reported as a slow and difficult system - Richard Wilson tried it and struggled.
The system to buy vouchers on the council's website is a long way from the slickness of Amazon or John Lewis.
What is pettifogging anyway? It's one of those words which people think they understand and possibly don't. Here is what my dictionary says:-

Assuming the leader wasn't talking about legal deception then he must have been talking about petty points.
Let Mr Mustard reflect. If the security contract had been properly filled under EU procurement rules then we wouldn't have had MetPro who didn't have:-
Criminal Records Bureau Checks
Security Industry Association registration
A contract with the council
An agreed sepcification
An agreed schedule of rates
A process for mornitoring performance
more deficiences could be listed but you get the picture.
Then 6 months later history repeated itself with the Parking Meter removal contract being given to RM Countryside Services in breach of the council's rules on procurement and the contract now having to be tendered again properly.
Mr Mustard doesn't think that any of the above is petty and is rather surprised that the "leader" does.
Rules are needed because if not poor value is obtained and the process is open to corruption.
Yours frugally
Mr Mustard
Posted by Mr Mustard at 8:00 am