Mr Mustard has downloaded this public document from Companies House.
"Small" companies are allowed by law to file these abbreviated style accounts. They do not tell you as much as you might like.

They have been filed well within the 9 months that are allowed. 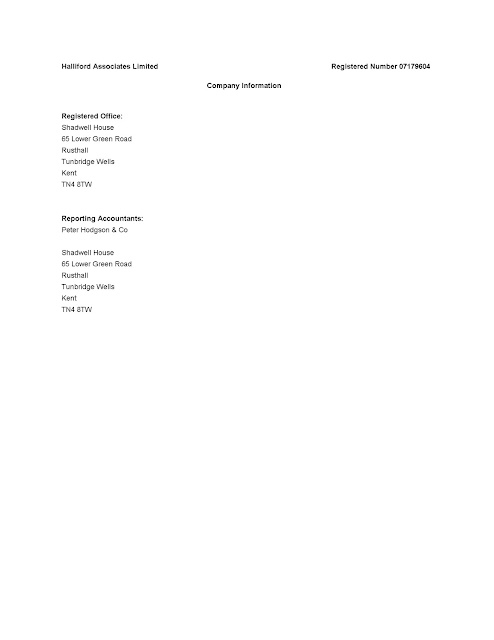 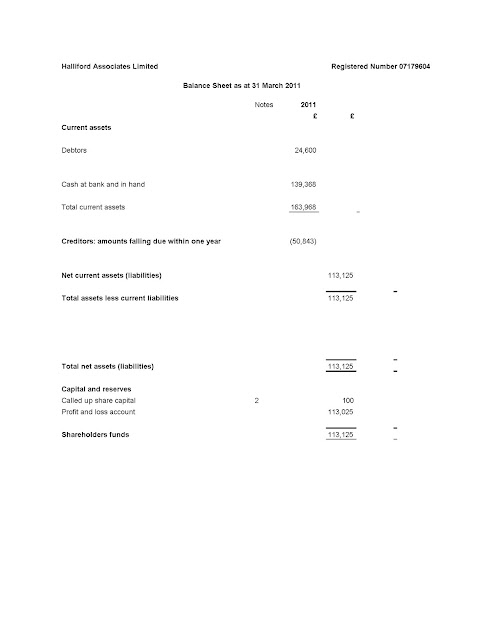 Now that is quite a solvent position. What does it tell us the balance sheet. Well it tells us that Mr Travers is rich enough to not need to draw over £100,000 out of his company. It makes you wonder why Barnet Council needs to pay someone so much? If Mr Travers believes in the Big Society he can evidently afford to join in by agreeing to a pay cut down to £100,000 p.a.
The debtors will be unpaid invoices to Barnet Council and others? Not quite sure where the £600 comes from as he gets £1,000 a day.
Cash at bank is self explanatory and very satisfactory.
Creditors will be the £20 owed to Mr Travers, VAT for the latest quarter, and Corporation Tax plus any other creditors, stationery perhaps ( I do hope Mr Travers doesn't get that out of the Barnet Council stationery cupboard as he is a contractor and can afford his own pencil sharpener ). Oh, maybe a pencil sharpener comes within the contract "The Local Authority shall provide for the Consultant a suitably equipped work space at Building 4" You mustn't cast aspersions now Mr Mustard, perhaps a pencil sharpener is part of "equipment" along with that shiny new laptop. 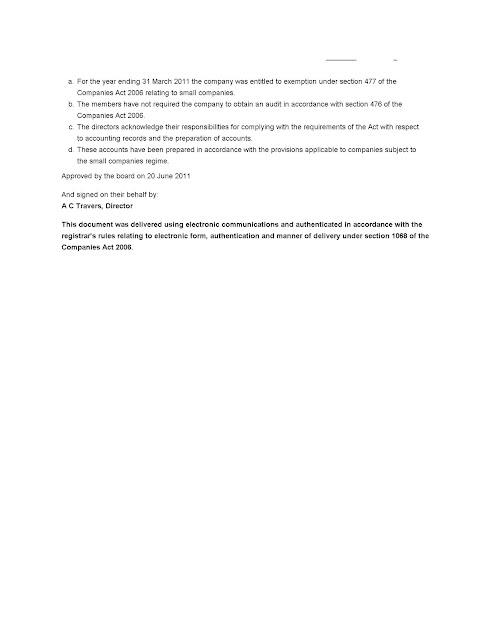 Small companies as defined in the legislation are large in the minds of lay people. It is normal that an audit is not required. 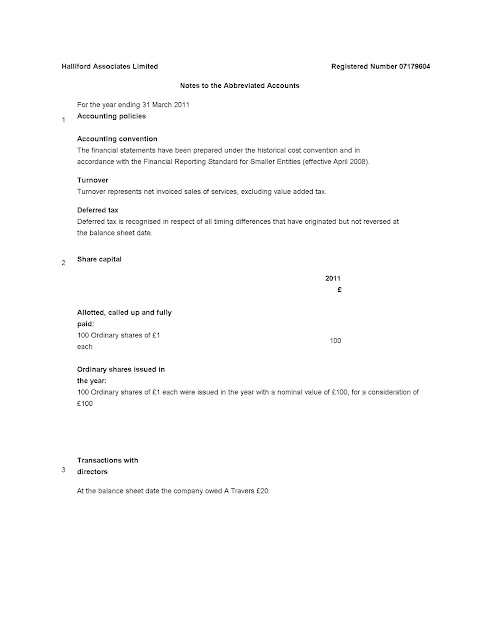 So Halliford owe Mr Travers £20 - they like these matters correct do accountants; really odd that Mr Mustard found recently a committee report that was so many million out in the sub-totals.
It could be that Mr Travers personally paid the £20 to Companies House to register the incorporation of the company as at that time it would not have been able to open a bank account as it was not yet incorporated.
Mr Mustard assumes that Halliford now has its own bank account and that is where payments made by Barnet Council arrive; unless of course you know better.
Yours frugally