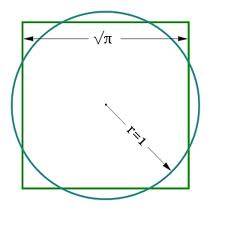 Mr Mustard is taking the unusual step of posting a blog quite late at night. The reason for this is unless he tells you what he is up to right this minute by 9am tomorrow morning the story may have moved on and his Notice of Objection to the Accounts of Barnet Council to 31 March 2013 may well have been swept away as immaterial by the external Auditor. Mr Mustard's objection was emailed at 22:11 Does anyone want to bet whether it will still exist by Wednesday evening when Mr Hughes plans to sign off the Accounts (Audit Committee meets on Wednesday evening).


I am told by Barnet Council that not a single Penalty Charge Notice was recovered by them, or by their parking enforcement contractor NSL Ltd, through a bailiff collection in the entire year ended 31 March 2013. In the prior year approximately 6,500 PCN were sent to bailiffs.

For the first month of the year i.e. April 12, prior to the start of the NSL contract, which was delayed by a month from the expected start date, the council itself did not receive any PCN income from a bailiff.

For the next few months, up until at least September 12 a bailiff tender exercise was being carried out by NSL and so there was not a bailiff contract in force during that period.

It is unclear which bailiffs were appointed by NSL, as agent for Barnet Council, and with what start dates but it seems that even if a contract was in place no funds were received via a bailiff for any PCN.

It is clear that the failure to recover funds from even a single PCN during the year has led to a loss. The council will doubtless claim that they can send these PCN to a bailiff in the following council tax year but that is to ignore the effect of para 170e of the London Councils Code of Conduct on Civil Parking and Traffic Enforcement which clearly states that a delay of 6 months should lead to the cancellation of a PCN. I attach a copy for your convenience.

Accordingly I make this Notice of Objection to the Accounts on three grounds:

2 any balance in the balance sheet for PCN should be adjusted to remove the value of any PCN which have been left unactioned for more than 6 months at any stage prior to the appointment of bailiffs (whose warrant is only valid for 12 months) over and above those already written off by Delegated Powers Report number 2065.

3 NSL Ltd have been paid a fixed contract price for various services which included sending instructions to bailiffs and they were not ready to provide the contracted service on 1 May 2012 as tendered for and so a loss has been incurred in that regard in respect of both their fees and the consequentially lost PCN income.

A copy of this Notice of Objection has been sent to Mr C Naylor and to Cllr Monroe Palmer, Baron Palmer of Child's Hill, OBE, FCA.

I look forward to hearing from you.

Whether or not Mr Hughes finds the Objection to have legs or not Mr Mustard expects that readers will find this incompetent state of affairs to be absolutely incredible. There is no need as this sort of procurement failure is quite normal in Barnet.

If this is how a commissioning council operates under the One Barnet model, and we have much larger contracts waiting in the wings to be snapped up by Capita, there will be multiple massive service failures that do not get picked up, corrected or paid for.
Yours frugally