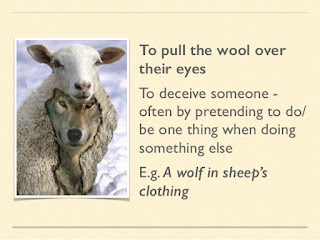 Back in November 16 Mr Mustard made a complaint to Barking & Dagenham Council about their use of an Outstanding Payment Reminder, a document outside of the statutorily defined process for PCNs. The complaint was 'disagreed' but as the response didn't actually deal with any of Mr Mustard's substantive points he asked for a review. B&D lost, mis-filed or ignored most correspondence to the point at which, more than 6 months after he started down the complaints process Mr Mustard tweeted the Chief Executive, who was formally pretty senior at Barnet and so their paths had crossed, in the nicest possible way, before. As was entirely predictable a Senior Complaints Investigator then hastened to respond to Mr Mustard on 7 June. The complaint response included the following paragraph:

The Chief Executive should have marked their card in complaints but doesn't seem to have done so.

Thank you for your response. I would be pleased to see a copy of the revised 'pre-debt reminder' (Outstanding payment reminder) once it has been decided upon.

I write further to my email of 12 June 2017 as officers have completed a review of the pre-debt registration letter.

Officers have told me they do not plan to make any changes to the pre-debt registration letter as our legal requirement to notify a motorist of any further right of appeal is satisfied in previous correspondence.

So in 24 hours we have gone from a letter being 'reviewed' to nothing having changed. They think they are in 'Yes, Minister' at Barking & Dagenham. They aren't.

Did they really think that Mr Mustard would stand for being fobbed off? There is more action to come on this matter.

Should a council say they are going to review a letter, the complaints about which have been known to them for 6 months, when their clear intention was to do nothing at all? That is not the standard of consideration Mr Mustard expects from public servants although low behavioural morals do appear to be standard in parking.