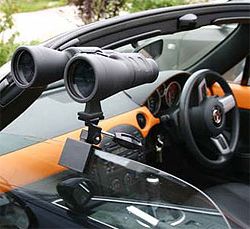 For each PCN that progresses to a hearing at London Tribunals, the home of the independent adjudicators, Mr Mustard has to study a 50-100 page evidence pack. That always contains a Case Summary which often isn't a summary at all as it runs to 3 or more pages.

These cases summaries often contain some horrific insights into council thinking, such as this one:

'It is not a requirement to advise motorists of the presence of a Pay & Display machine'.

Barnet Council are keen to make motorists use the mobile phone to effect payment and rather than use nudge theory they used blunt force by removing 500 perfectly good working cash meters and putting nothing in their place. That was an action which probably didn't meet with the requirements of the Equality Act as it discriminated against a section of society, disproportionately the elderly who are less likely to own a mobile phone, but after an outcry 50 credit/debit card meters were installed in car parks and High Streets, which was the very minimum provision the council could get away with.

When you park in a pay parking bay somewhere in Barnet, where will the meter be?

This is why the sign needs to tell you where to find the meter, so that you don't traipse off in the wrong direction looking for a meter that isn't there, during which time you will be ticketed for not paying. Here is a sample of the sort of sign that has existed for donkey's years: 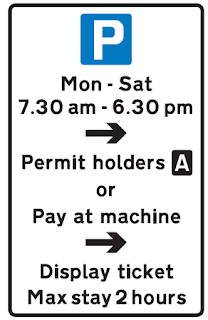 Why does this sign exist if mentioning meters is not necessary? It is because this law about traffic orders says it must.

One of the effects of the Order is that you must pay to park, either by telephone or by using a meter, so both must be mentioned on signs at locations where both payment methods are possible.

Mr Mustard is going to chalk up another easy win at the tribunal.

What bothers him though is that he knows the law but the typical man/woman in the street doesn't (and he only knows because he has spent 5 years studying arcane parking law) and many people, faced with what is a pack of lies in a council letter or case summary, pay up, or lose their Appeal, because they don't know enough about the subject.

Councils can get away with almost any wrong argument in their tribunal evidence because adjudicators only decide Appeals based upon the arguments put in front of them (occasionally they will find an error like this in the evidence but not routinely) so if you don't know the council is spouting rubbish you are less likely to win.

The answer is for the general public to become a little like Mr Mustard and learn as much as they can about the subject. Mr Mustard would not mind if a number of you were to clone yourselves as replicas of him. He will teach you all he can, mustard-men and mustardettes.

If you are handling your own Appeal and think there is something amiss in the evidence you have been presented with, do feel free to send an email to mrmustard@zoho.com for free advice.