Mr Mustard is perfectly capable of being mislead. He thought Barnet Council had messed up Blue Badge parking at Edgware because of what he read on page 16 of the Department for Transport guide "Rights and responsibilities" which is reproduced below. 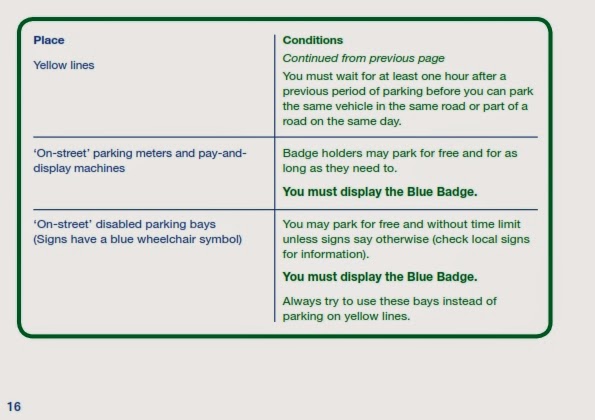 and he wrote a blog which came out at 8am and which was then deleted at about 8.03 as it was wrong as Mr Mustard woke up early with a bell going off deep in his brain. Mr Mustard reflected as to what was wrong & then printed out the guide and looked at page 18, viz 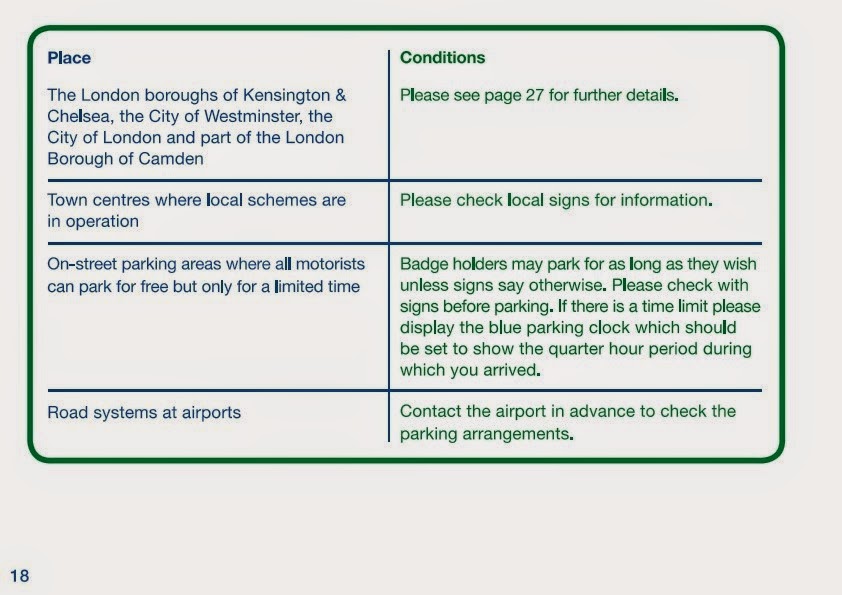 so page 16 tells blue badge holders they can park for ever at a parking meter (or pay by phone bay) and then page 18, which they haven't read because there was no need, overturns the earlier advice. Great, as by now you could have a PCN.

This all came about because Mr Mustard was told about new limits introduced in 2013, on pay-by-phone bays in Edgware. Here is the relevant sign.


So you want to do a little shopping in Edgware and are happy to pay to park? You can't because the lower sign says that the bay is limited to disabled (blue badge) holders only for the entire day. It is impossible for a motorist who wants to pay to park to comply with this parking restriction.

Every sign like this one in the whole borough (probably only actually in three of our High Streets) will have to be changed, to remove the word "only".

Blue badge holders, remember to put your time clock out.

Mr Mustard has tweeted the Department for Transport and suggested that the guide is misleading. Hopefully they will use clearer wording in the next issue.

Mr Mustard
Posted by Mr Mustard at 8:39 am