There are still tickets available. You don't want to miss out. Sadly Mr Mustard is already booked out for other events that weekend so can't attend but he hopes that lots of his readers will. 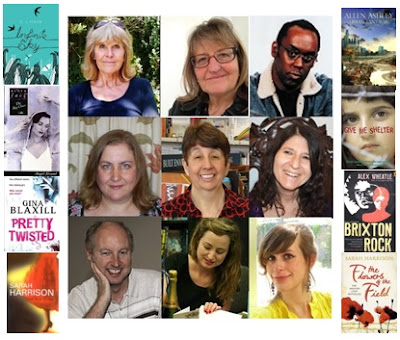 'So you want to write for Kids!' Creative writing workshop with author and experienced facilitator Miriam Halahmy. Miriam will offer vital insights into the world of writing and publishing fiction for nine years to teens as well as offering some writing starters to get the creative juices flowing. All levels welcome, just bring pen, paper and the energy to write! Miriam's website  Tickets £10.50

Miriam Halahmy has published short and long fiction for children, adults and teens, as well as poetry, book reviews and articles. Her debut Y.A. novel, Hidden, Meadowside Books, was nominated for the 2012 CILIP Carnegie Medal. She has published a second Y.A. novel, Illegal, Meadowside Books, 2012 and a third one is on the way. Miriam has run creative writing workshops for many years and is a mentor with Apprenticeships in Fiction, appraising manuscripts and guiding developing writers. Click here to Book Workshop

Free event: Allen Ashley will be facilitating an Open Lit Mic:
Guest poet Sarah Doyle, CJ Flood and Miriam Halahmy will be appearing but this is your chance to shine too. We are opening slots to members of the writing community to showcase their work: greenacrewriters@gmail.com

Our venue for these two events is the fantastic Friern Barnet Community Library, the People's Library, which was closed by the council but has been reclaimed by the community. Come and see why.

Allen Ashley has published nine books as author or editor. In 2006 he won the British Fantasy Society Award for Best Anthology as editor of The Elastic Book Of Numbers (Elastic Press, 2005). Well known in the science fiction and fantasy arena, he is also a successful poet and wrote under a pseudonym for Time Out London for many years. Allen's website 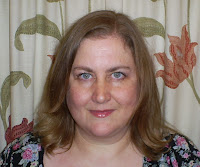 Sarah Doyle’s poetry has been published in various anthologies, and in magazines such as Orbis, The Dawntreader and the Poetry Society’s Poetry News.  She has been placed in several national poetry competitions. She is Poet-in-Residence to the Pre-Raphaelite Society, for whom she writes commissioned poetry and acts as a judge in their Poetry Prize; and she co-organises, co-hosts and performs in regular jazz-poetry event The Sunday Edition at Enfield’s Dugdale Theatre. Sarah's website

Josie O Pearse will be running a creative writing workshop. 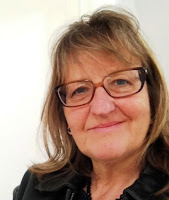 'Life Writing and the Writing Life'. This workshop will look at practical techniques for writing from life. From planning what to write and how to begin, through to the deeper questions that help keep your writing on track. What is this about? Who is it for? Where does it end? And how do you fit your writing into a busy schedule? Bring questions, ideas, imagination, pen and paper.

Josie O Pearse has just completed a PhD at Cardiff University in creative and critical writing. She writes sexy romances under a pseudonym, Angel Strand, who has three novels published with Random House. Josie is also an artist and experiments in graphic stories. Tickets £ 8.50 Click to book Life-writing workshop

Sat 18th May 1.30-5.30pm, Trinity Church Centre, Finchley, N12 7NN
Entrance to festival is by ticket only  £5.50 - Click here to get your ticket/s for Greenacre Writers Festival

Sarah Harrison is the author of twenty five books and counting. She made her name with the bestselling The Flowers of the Field and its sequel A Flower That’s Free. Both have been reissued by Orion this year, with the third in the trilogy, The Wildflower Path, coming out in September. Sarah is also an entertainer, regularly performing in an all-woman revue, and winner of Silver Stand-Up’s Best Newcomer 2013. Sarah's website

Hailed as a brilliant talent by Jeffrey Deaver and 'a deeply human voice' by Peter James, Leigh Russell writes a bestselling series of psychological crime thrillers set in the UK. Cut Short (2009 was shortlisted for the CWA New Blood Dagger Award. Road Closed (2010) was voted a Top Read on Eurocrime. Dead End (2011) was voted a Best Crime Novel on Crime Time and was a Best Fiction Book of the Year in the Miami Examiner. Death Bed (2012) joined the earlier novels on the Kindle Bestseller list, reaching No 1 for female sleuths, and appearing in the Top 50 titles on WH Smith's Travel's Bestseller Chart. 2013 sees the publication of Stop Dead, the fifth tile in the Geraldine Steel series.  Leigh's website 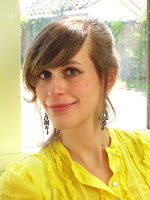 Gina Blaxill's first novel for young adults, Pretty Twisted, was published by Macmillan, and is an e-book best seller. Since then she has also released a second novel, Forget Me Never, with a third, Saving Silence, coming out later this year. Gina grew up in Finchley, in North London and studied English at Cambridge University, where she specialised in schoolgirl fiction and took part in a lot of musicals. These days she works in schools liaison, helping teenagers figure out the mysteries of higher education. Apart from writing she enjoys drawing comic art and exploring London and has big soft spots for dogs, stately homes and fruit. Gina on Twitter 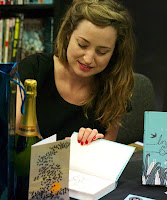 C.J. Flood graduated from an MA in Creative Writing at UEA in 2010. Her dissertation, a section of Infinite Sky, won the Curtis Brown Award for best student as judged by a panel of agents. She was a mentee on the Jerwood/Arvon Mentoring Scheme, under Bernardine Evaristo, and a recipient of an Arts Council grant. Infinite Sky, her first novel, came out in February. The Telegraph called it "a powerful and impressive debut," The Guardian said it was "brilliantly visual and full of feeling" and The Times selected it as their children's book of the week. C. J. is currently working on her next novel, which will come out in February 2014.
C. J.'s website

There will also be a panel with mediator, Allen Ashley, as well as guests, Alex Wheatle MBE, Dr Josie Pearse, Sarah Harrison, and Leigh Russell. They will be discussing Truth and Fiction.

Award-winning author Alex Wheatle MBE will be appearing on the festival panel, and will be the judge for this year's Greenacre Writers Short Story Competition.

Alex Wheatle is the author of several novels, some of them set in Brixton, where he grew up.

Born in London of Jamaican parents, his first book, Brixton Rock (1999), tells the story of a 16-year old boy of mixed race, in 1980s Brixton. Brixton Rock was adapted for the stage and performed at the Young Vic in 2010. Its sequel, Brenton Brown, was published in 2011. His second novel, East of Acre Lane (2001), has a similar setting, and won a London Arts Board New Writers Award. A prequel, Island Songs, set in Jamaica, was published in 2005, and a sequel, Dirty South, in 2008. Other novels include The Seven Sisters (2002), in which the scene moves to Surrey in 1976, where four boys escape from an abusive life in a children's home; and Checkers (2003), written with Mark Parham, was published in 2003. In 2010, he wrote the one-man autobiographical performance, Uprising.Alex Wheatle was awarded an MBE for services to literature in 2008. More about Alex.

Greenacre Writers will be donating a portion of ticket sales to Trinity in May sponsored charity.

Linked event:
Dickens in Victorian Barnet.
Sun 12th May at 11.00am.

Guided walk with Paul Baker. Learn about Charles Dickens' connections with Finchley and the Borough of Barnet as well as local history and a touch of Victorian scandal.