In 2014 new map based Traffic Management Orders ('TMO') which established the parking restrictions were introduced which replaced the former schedule based ones seemingly without changes to the rules, but was that true?

This is from the new TMO:

Mr Mustard happens to be fighting a PCN given out on the school keep clear markings (the yellow zig zags) on 6 January 2020 which was an inset day, in Goodwyn Avenue, the location of St Martin's School. There were no children in school that day so effectively term started on 7 January 2020. The entire keep clear marking was parked up and after being politely challenged the traffic warden, having issued a PCN to one car and taken advice from a more senior colleague by radio, walked on and left all the other cars alone. Barnet Council still want their penalty of £110 paid though (rather oddly it would have been £130 if done by cctv, a matter which Mr Mustard will consider on another day).

Mr Mustard found the original TMO from 1996. It said that the school keep clear markings are only enforced during term times (hard to put on the signs as actual dates would be needed) 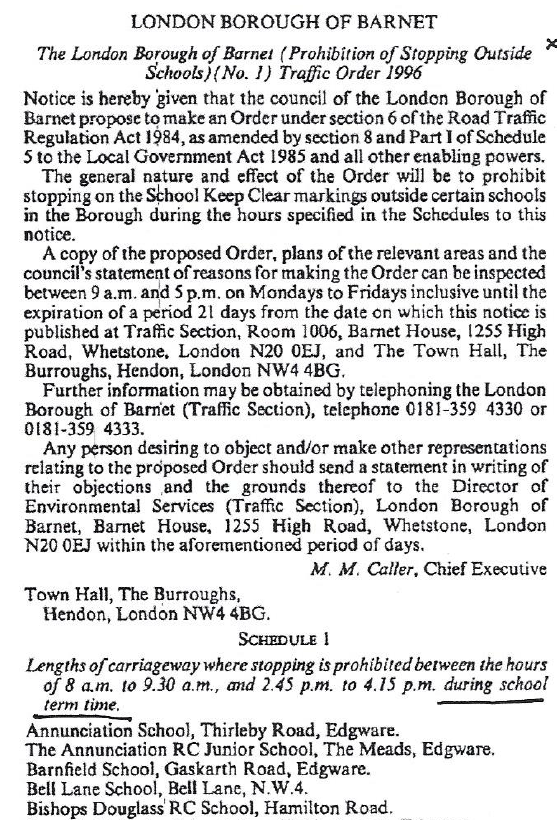 The replacement TMO says this: 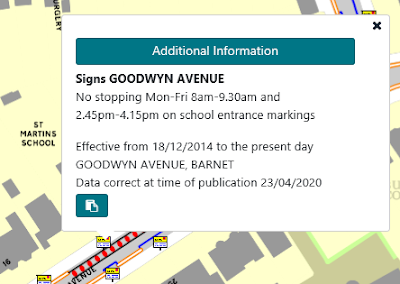 Thus the rules apply every Monday - Friday regardless of whether the school is in term or outside of it. Whilst the traffic wardens walked past schools without issuing PCns from 1 to 5 January 2020 (they may have not been working on 1 January) the remote enforcement by camera continued as normal on those days as if there was some traffic management problem to solve or a bank account to fill. Mr Mustard thinks that the general mood of the public is that enforcing outside schools on New Year's Day is profoundly unfair.

At East Barnet School (to take a random example) term started on 6 January so were any PCNs issued by camera in 2020 before that date? Oh yes, three of them, which got 2020 off to a bad start for three people and will have sullied their view of Barnet Council and rightly so.

Mr Mustard then thought to check something, the council's website on which a lot of people, including Mr Mustard, rely to check the rules of bank holiday enforcement. 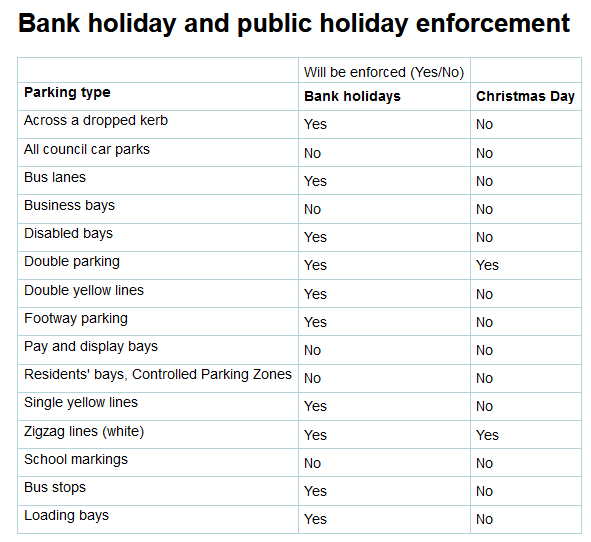 There are therefore two examples of how Barnet Council say one thing and do something different. They changed the TMO from term time to all year without advertising the fact and secondly they say they won't enforce school keep clear markings on bank holidays (when schools as well as banks are closed) but they are sending out PCNs by post (traffic wardens generally walk past closed schools so it is only the schools with cameras which get enforced). 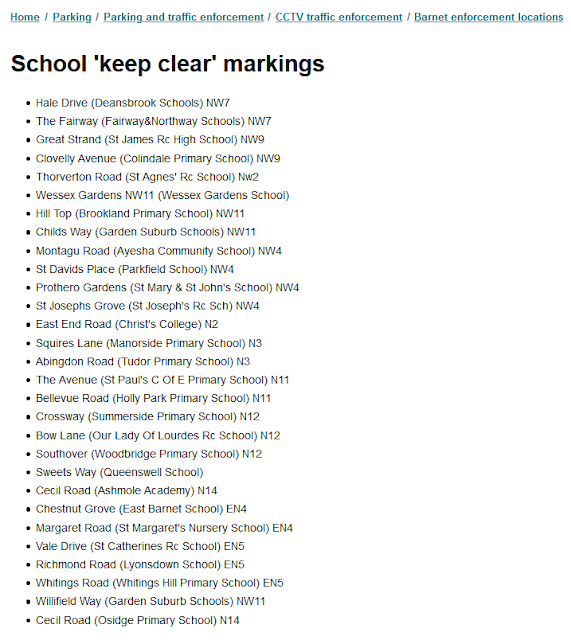 Was the issue of PCNs on New Year's Day a one off error? No!

Mr Mustard will be writing to the parking manager asking him to refund those bank holiday school keep clear PCNs. What do you want to bet that the answer will be a polite no thank you?

Mr Mustard
Posted by Mr Mustard at 9:06 am