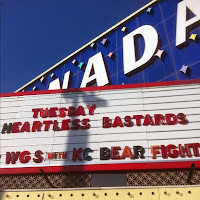 Although Mr Mustard suspects that NSL are 90% to blame for a recently bereaved widow having to spend her time going to PATAS at Angel Islington, Barnet Council cannot escape their share of the blame as they are meant to monitor what NSL get up to, make the decision on any formal appeal and approve the Evidence Pack before it is submitted.

One problem in organisations handling large amounts of data is that they are sometimes organised so that many different people touch a file rather than one person handling the whole thing from start to finish. This is more efficient in that productivity is maximised but less efficacious in that there is no one person with an overview of, and responsibility for, individual PCNs and thus there is no accountability.

Who is responsible for this sad and disgusting state of affairs? Here is a recent PATAS adjudication decision by the excellent adjudicator Mr Anthony Chan:


The Appellant Mrs Q. explained that the registered keeper was her husband who has passed away. She was driving the vehicle and she is now dealing with the matter.

The Appellant has produced prima facie evidence that she has paid for her parking. The Authority has offered no probative evidence to discount it. I am not satisfied that the contravention occurred. I am allowing the appeal.


Now it would be the case that if the PCN had reached the point of registration as a debt at the Traffic Enforcement centre then it would properly be payable out of the deceased's estate but Mr Mustard hopes that no local authority bothers to follow up such a claim and simply lets the matter die along with the deceased.

If however, the PCN is still progressing, as this one was allowed to, there is no case to answer as the deceased simply cannot give first hand evidence or get a fair trial. Mr Chan could have simply thrown this case out but as he had other simple grounds for allowing the appeal he may have thought that the easiest way to deal with the matter which would cause least distress to the widow. Mr Mustard had a case in front of Mr Chan last Saturday and when next in front of him will, if time permits, ask him if the principle of a PCN being a nullity on death is a correct one.

Mr Mustard notes that this alleged contravention took place in the Lodge Lane Car Park. That is the fourth case of payment not being noted before a PCN is issued that he has seen this year. There is something wrong at location 7521 (the council might like to check its income for that location from PayByPhone to see if it is sufficient).

The alleged contravention was in August. There is usually a 4 week listing period at PATAS so in early November someone at NSL decided that it was OK to contest the appeal of a lady who had been widowed for 3 months.

Here is some advice for any employee at NSL or Barnet Council who has to handle PCN appeals: