Jump in - drive off 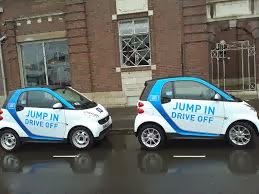 It seems to happen quite a lot that the traffic warden will be at or near your car when you return to it. With up to 50 of the little devils out there prowling the streets looking for victims you'll come across one sooner or later. Here is what happened to one man in September, as reported by the independent adjudicator at PATAS:


The Penalty Charge Notice was served through the post because a civil enforcement officer attempted to serve a penalty charge notice by affixing it to the vehicle or giving it to the person in charge of the vehicle but was prevented from doing so by some person.

In these circumstances the Penalty Charge Notice was not properly issued by being sent through the post. (The PCN was then cancelled)

So, a PCN cannot be served by post on the grounds that you refused to accept it. In that circumstance it's a race between you getting into your car and moving off and the traffic warden getting the PCN printed out, put into a yellow plastic envelope and shoved under your windscreen wipers or stuck to the car windscreen. You can make that more difficult by putting the wipers on and the washer jets if your screen happens to be a bit dusty. After that all you have to do is appeal the postal PCN and if that is rejected by Barnet Council / NSL off you go to PATAS and refer to case 2130541295 and the facts of your case. It is a quicker process with postal PCN, the informal appeal stage is omitted.

You can get a copy of the PATAS adjudication here.

You don't need to say anything to the traffic warden, cheerfully say "cheerio" if you want, or "not today thank you". Whatever your feelings please don't be rude to the traffic warden for two reasons, one, it's not necessary and two, he/she will put in their notes that you were aggressive or abusive and that will set the adjudicator against you.

If a traffic warden asks you to wait whilst they finish off the PCN do not do so. Politely say "no thank you" and leave; a traffic warden has no power to detain you and would be compounding any contravention you might be making.