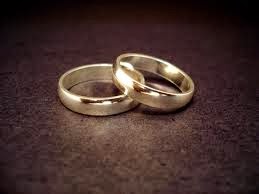 Mr Mustard expects that most people will know that wedding vows usually contain the words "for richer or poorer". The poorer part is for if you move to Barnet. Look at this decision by a parking ticket adjudicator at PATAS.

I found him to be a very honest and credible witness.

He denied the contravention. He explained that both he and his wife returned home at the same time in different cars having both carried out their respective runs. However there (sic) drive was blocked by neighbouring building works so they both entered their home and Mrs P. went to obtain the residents* permits which were kept locked in a draw for security reasons as they have monetary value. Mrs P. then gave the permits for the appellant to complete but by which time both the appellant's vehicles had received a PCN.

Mr P. honestly explained that the procedure for obtaining and completing the permits would have taken several minutes and it was his estimate that it did not take more than 8.5 minutes as he stated in his correspondence.

The CEO has observed and issued two PCN's to two different vehicles in less than 3 minutes.

I accept that it would have taken the appellant and his wife several minutes to open their front door and go in and locate the permits and complete them.

I am therefore not satisfied that the contravention did occur and allow this appeal.
(* probably means visitor vouchers, must have purchased the £4 ones to lock them away)
If you ever doubted the idea that local authorities are engaged in revenue raising, stop that thought right now. 3 minutes to raise two PCN with a face value of £220 which equates to £4,400 per hour.
Car drivers, fight back and appeal every ticket to the bitter end. The above stupidity cost the council £80 in PATAS fees. When the percentage of people appealing to PATAS rises to levels that the back office team cannot cope with and when the budget for PATAS fees keeps going through the roof, then and only then will there be a change of heart as it is profit that motivates the council.

If you are already at the Notice to Owner stage you have nothing to lose and everything to gain (as the PCN is now at its full value of £110 or £60 or £130 for a bus lane contravention) and don't have to do much more than write your name & address on a form and post it off to PATAS at Weybridge.
Box 5, extra facts, is optional, the adjudicator will consider the representations already made to the council with an open mind, unbiased by the prospect of revenue. You have at least a 50/50 chance of winning and more like 70/30 if you actually have an argument rather than just wanting not to pay or to pay at the 50% rate out of time (which always loses).

Email ThisBlogThis!Share to TwitterShare to FacebookShare to Pinterest
Labels: double whammy, for richer for poorer, husband and wife, nsl, patas