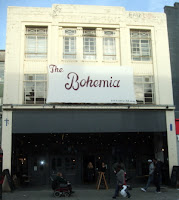 Normally Mr Mustard would suggest meeting up on the second Monday. The Audit Committee happens to be meeting on the second Monday in April, i.e. on 8 April at 7pm. Mr Reasonable has written about this forthcoming meeting, here, and it behoves us to go along and support him as he is asking some of his usual curve ball questions as his is a razor sharp intellect beyond the dreams of many councillors (do they dream about the day when One Barnet is fully implemented and life is a bed of roses or are they having nightmares?).

Mr Mustard would be delighted if you would join him at Hendon Town Hall on Monday 8 April at 7pm and then in The Bohemia on Monday 15 April at 7pm.

If you have a parking ticket problem, bring all, and I mean all including the envelopes, of your paperwork along to be scrutinised in fine detail. If that is done the parking ticket probably won't be up to the challenge. Mr Mustard will be handing out copies of the first version of his Guide to appealing your parking ticket and taking suggestions for what else should be included.

If you just want to soak up the atmosphere of being with eccentric individuals and discuss the rights and wrongs of the world, explain the off-side rule to Mrs Angry or talk about books, theatre or film, starting a blog or anything you like, do please come along. If you don't have time for dinner at home before coming along, the Bohemia do proper food, Mr Mustard has sampled the crumble - it was great.

The Antic Bohemia is situated at 762-764 High Rd, Tally Ho, London, N12 9QH which is right across the road from that well known café, Café Buzz. 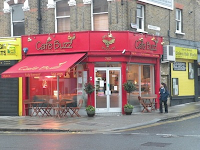 a good place for breakfast at any time of day.

Until Monday & Monday then.