Message for Brian Coleman from the real world 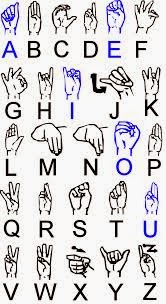 Here is a recent report from PATAS.


The Appellant attended in person together with a witness Mr B. Also in attendance was Ms. S, a BSL/English interpreter who interpreted for the Appellant and Mr B. The Authority did not attend and it was not represented.

The Appellant showed me her mobile phone which showed that on 28 October 2013, at around 11:59, she sought to register for payment by text. She received a text to say that she should send register by calling, going on line, or by texting her registration number to 65565. The Appellant used text. The next thing that happened was that a call was received. The Appellant has recorded an incomplete number +44330400.... The Appellant presumed that this was from Pay by Phone but as she could not conduct a transaction by phone she went to seek help and the PCN was issued during that time.

The Authority said that payment being made by text would never trigger a voice call. It drew my attention to the published pay by phone document. The Appellant did not say that she started to pay by text, nor had I suggested that she said that. I told the Authority that the Appellant said that she was trying to register by text so that she could make a payment by text. There is no information from the Pay and phone document to confirm that no voice calls would be sent under these circumstances, and the evidence tended to suggest that a voice call from a pay by phone number was registered on the Appellant's phone.

The Authority re-iterated that the Appellant should not have left her vehicle until she got a confirmation message. The Appellant and Mr B. cannot communicate by voice. They must therefore seek help if a voice call reaches her phone and that was what she did.

The Authority had taken the trouble to understand what I tried to ascertain from them. I am giving the Appellant the benefit of the doubt. I am allowing the appeal.


What a catalogue of errors.


Brian's decision (Mr Mustard may refer to Councillor Brian Coleman as Brian but has never been introduced, oh how you now envy Mr Mustard!, but has merely nodded at him once when he was also in the public gallery at a committee meeting and some problem with parking got a mention, and he has of course seen the back of him, the one thing everyone wants? through the glass of the public gallery at Uxbridge Magistrates Court) to remove cash parking meters has evidently caused problems for the deaf. What Brian did was to make a decision that put administrative simplicity and expense before the needs of some of the disadvantaged in society, whose real world is much harder to cope with than his.

If there was a longer period of observation (it doesn't have to be continuous, the traffic warden jots your details down and comes back later), of say 15 minutes, then the time it takes for anyone to go to a Paypoint shop (Mr Mustard was 6th in the queue at one in N Finchley this weekend and the first person seemed to be buying 1000 lottery tickets) or to a trader for a voucher or to find someone to help a deaf person, would reduce the number of tickets given out during the time it sometimes takes to pay or to get a visitor voucher from a resident.

NSL have evidently failed to consider whether the motorist was actually deaf or not (and for PATAS it was easier because the deaf lady chose to attend in person) and they probably distrust ever letter they receive and, if so, are not properly considering representations as the legislation requires. They have relied upon a printed guide to PayByPhone which motorists don't carry about with them. NSL keep putting 50 page prints of the guide (android and iphone) into Evidence Packs they send to Mr Mustard which part he throws straight into the recycling because they are an irrelevance. They also signally failed to answer the actual question that the Adjudicator, always a lawyer who has done thousands of parking tickets Appeals, asked them. A schoolboy error.

It would be hard to find a worse combination than One Barnet outsourcing and Brian's historic unilateral money centred decision making.

Mr Mustard
Posted by Mr Mustard at 9:39 am