Permit me - to be very slow 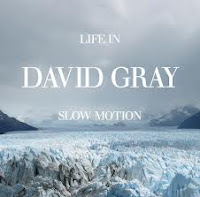 Here is a report from an independent adjudicator at PATAS


As a matter of fact the appellant did not display his business permit and the contravention is made out since he had parked his vehicle without paying the appropriate parking charge. However, there are a number of factors in this case which lead to make a recommendation to the Authority to cancel the PCN.
The appellant did not have dispensation to park because at the time of parking he had not yet received his business permit. Nevertheless, I note that he applied for the permit on 11 th March 2013 and had paid £840 for the business permit which would be valid for 12 months. On 19th March 2013 the appellant still had not received his permit so contacted the Authority with an original intention to cancel the permit due to delay, but the permit was never cancelled and the appellant was informed that the permit would be despatched on 28th March 2013.

Unwisely the appellant parked his vehicle prior to receipt of the permit and on 21st March received a PCN.

The appellant could not have displayed his permit on 21st March because at that time he had not received it even though it had been paid for by the appellant. When despatched the permit was valid for 12 months until 11th March 2014 which implies that the application and fees were received on 11th March 2013. The appellant may have acted naively, but he had paid for the permit prior to its despatch as the expiry date implies. He will no doubt have learnt his lesson and will not act presumptively in the future.

I accordingly refuse the appeal but make a recommendation that the PCN be cancelled.


This worries Mr Mustard that if the permit section are dealing with refunds of the CPZ overcharges they will not be able to cope as they can't deal with a simple renewal.

The business is paying £840 for a permit and the council cannot manage to get it out the same day. The council should be sending the permit to the business by courier on the same day as a valid application is received. The council want their business rates paid on time, not 3 weeks later; why should you stand for such sloppy service?

Mr G of High Barnet, the council owe you either a 3 week extension on your permit renewal date or a refund of £49. Make sure you get it.

Mr Mustard
Posted by Mr Mustard at 8:10 am