Don't believe everything you read in the papers 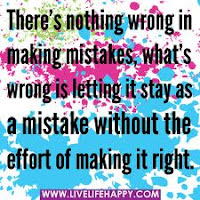 Mr Mustard reads the Guardian but in the great tradition of Private Eye he is going to cancel his subscription after he read this article. The title "The One Barnet campaign shows local democracy is alive and well" has seen the word "democracy" replaced by"campaign" except that it can't come out of the url address. The bloggers of Barnet don't seem to agree nor are they amused. There are plenty of bloggers and activists to talk to before you write an article about a place you don't know. Mr Mustard has copied the article across and added his commentary.

Despite widespread, fierce and well publicised local objection, the One Barnet programme rumbles on. The One Barnet programnme is little known because the public weren't consulted or told about it much. The outsourcing of parking enforcement to NSL on 1 May 12 is a One Barnet contract. Who knew? Go to any High Street in the borough of barnet and ask the question, "Can you tell me what One barnet is?" and be surprised that only 1% of the populace do.

This month a judicial review into the scheme, brought by local campaigners angered by what they described as a wholesale privatisation of essential community services, failed when the Court of Appeal found in favour of the council. Actually the JR was brought by Maria Nash alone supported by her many friends.

Despite its misleading name, the controversial scheme is not a single sale of services in one contract. What One Barnet isn't about is not news. Here is what the council say One Barnet is, link here. One Barnet is the overall name for the major change projects running across the council.

It is the creation of two major, multi-million pound agreements between the local authority and Capita, forming a public-private partnership, which will revolutionise how we consider our councils to have administered their responsibilities. Judge Underhill said that it wasn't a partnership in the usual sense. Mr Mustard says it is simply two massive outsourcing contracts.

The first 10-year deal creates a £130m joint venture between Barnet and Capita to provide the majority of the council's visible services: planning, regeneration, environmental health, highways, transport and trading standards are all rolled into the major restructure. The Joint Venture idea was discounted at the very start of the negotiations and was the result of a sudden change of direction by Officers (staff) the real reason for which will only become clear later.

The second deal, also lasting a decade and worth an eye-watering £350m, is a straightforward commercial contract through which Capita will provide "customer and support services" to Barnet – in layman's terms, the back office (estates, payroll, human resources, IT and the like). Importantly, the council included customer services and revenue and benefits administration in this contract, with the inherent risk to reputation that contains. The sum is large but is only eye-watering if it is much higher or larger than you would expect. As the price breakdown is commercially sensitive we won't find out easily. Customer services and Revs&Bens are not "back office" services. They are clearly customer facing. Why should councillors who can resign and leave the problems they cause behind them at any moment (and might be forced to in May 2014) be fretting about reputation?

Trowers & Hamlins, the legal firm operating on these deals on behalf of the London Borough of Barnet, is right to describe these contracts as "groundbreaking" and "cutting edge". Once we finally see the (redacted) contracts a view can be taken on this. This legal firm must have advised on what consultation with residents was necessary and Judge Underhill was clear that consultation was inadequate.

Make no mistake, the pace of change sparked by the Court of Appeal decision will be rapid. Mr Mustard very much doubts that the steps taken in Barnet to abdicate responsibility for contracts will be widely replicated in 10 year contracts all over the place as they limit the ability of a council to respond quickly to changes.

This week inaugurates a new era of local government, and changes what is meant by the term "council". Nonsense. The role of councils is clear; it is to provide local services, all that has happened is that one council has embarked on two contracts which probably won't run their entire course or lead to the promised savings.Ideological rifts aside, local authorities are in an insidious position, having lost almost 40% of their pre-2010 budget. Er, invidious, was that? Councils have not lost 40% of their budgets in 4 years. They might have had that level of cut in their central government funding but that is to ignore income from services provided and locally collected Council Tax which in Barnet's case they have chosen to freeze for 5 years. A modest inflationary increase would have seen more money in town hall coffers.

For many, balancing the books while continuing to provide even only the most essential services (child protection and care for an ageing population, for example) requires a dramatic re-think of what local services are and how they should be provided. This isn't what has happened in Barnet.

Though it may provoke local battles, there is no alternative but to work with new providers and in new ways. There is an alternative. To become the most boring, ruthlessly efficient council in the country.
Barnet's two-contract agreement will be the first of many similar efforts across the country, and these agreements will change the meaning of local government. We'll see.

To an extent this shift has already begun, but the fantasy that the drawbridge could still be brought up can no longer be indulged. Outsourcing is a trend which will stop when it dawns on councils (South West One anybody?) that the promised savings are not achieved and that if you want to add anything extra it costs you dear as you are over a barrel and that if you want to change anything you have to negotiate a contract change which is too slow.

But though change is inevitable, it must be tracked and monitored. Agreed but how open and transparent are the council? Barnet will do their utmost to make sure they keep the lid on contract failures.

We must understand exactly how the way councils work is changing, and assess what this means for the quality of service provision and how residents interact with local authorities. Forced channel shift is one of the pleasures awaiting old people in Barnet where last year they tried to make all Blue Badge holders apply for renewals on line. Thanks to Mr Mustard a manual form is now available again.

Who will be the strongest players and decision makers in our local communities? Capita will.

We must know who is doing what, with whom, and how well it is considered to be working – by the residents, not just by the bean counters. The annual survey of residents will make interesting reading once Capita have been in place for a year.

Much has been made of what the One Barnet affair means for local democracy. As well it should. The next crop of councillors in May 14, whoever they are, are largely stuck with a contract they may not want, and in May 2018 & May 2022.

Some will claim that the decision of the Court of Appeal flies in the face of the ideals of democracy, as the local authority ploughs ahead with its plans despite the visible objection of so many residents. The Judicial review was merely a test of whether the council had followed the law or not; it was not a judgment about democracy.

Rather, I'd argue that the campaign against the contracts has re-ignited local interest in local government and public services, and what they mean for us all. Almost with you on this point. More local interest is still needed though as I think the percentage of involved voters is still only at the 1% mark. Mr Mustard was late to the party in 2011. Voter turnout is pretty poor.

Local democracy is alive and well: if they don't like what they see, the people of Barnet will make their voices heard at the ballot box next year. Democracy in Barnet is in a parlous state. A democratic council does not change the rules of residents forums so that questions cannot be asked about policy. It does not disband the scrutiny committee that was set up to look at One Barnet. It allows residents to speak at committees (no-one has been allowed to speak at Cabinet Resources Committee since Cllr Dan Thomas, one of the sponsoring councillors of One Barnet, took over). A democratic council clearly tells its residents what it is doing. The ballot box in May 2014 is a blunt instrument. By this measure we can only have a democratic voice once every 4 years which is simply not good enough.

Next time, come and meet a blogger or activist before you put pen to paper. Then you'll get both sides of the story.