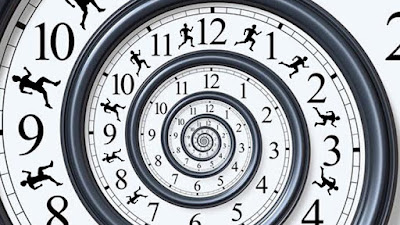 Mr Mustard only has so many free hours and wants to use them on deserving cases and not on helping people who are going to fold their hand at the first hint of difficulty. Mr Musatrd decides at the outset if you stand a good chance with your arguments and sees things through to the end, ignoring the 50% discount which is an inducement to go quietly. That is the way to win and was the case on 114 PCNs out of 130 in the year 2020.

Last year he helped a lady who had zipped up the inside of the traffic on her scooter but that put her in the bus lane, not by much obviously but by enough to be technically in contravention. She had done it four times before the first PCN landed on the mat. Mr Mustard wasn't on the case from the start but the lady ended up with 2 PCNs cancelled and two paid at £65 which was not a bad result as she was on the hook for £520.

Last week she came to Mr Mustard again as her sister had parked whilst dropping her father home. He has a blue badge but he takes it home with him as his daughter drops him off and so whereas the blue badge innoculated her against a PCN whilst on display she has the defence of assisted alighted whilst seeing him home because he needs someone with him for safety. Mr Mustard outlined the options in an email. He was confident that if the blue badge was evidenced either the council or the tribunal would, more likely than not, cancel the PCN.

Having been provided with the relevant addresses and a copy of the blue badge Mr Mustard received another email which said:

She is going to contest it herself as she doesn’t want her husband to know about the PCN! Can you please provide some text we can submit to the council?

Mr Mustard declined to provide the wording of the informal challenge (there are no magic words, anyone could have set out the facts of alighting) as they usually get rejected almost as a matter of course and if the driver would pay up at that point it was a waste of his time, he isn't in the game to give up at the beginning.

Mr Mustard checked the PCN again 5 days later, it has been paid so his guess is that an informal challenge wasn't even made.

So here we have a husband with whom you can't discuss a PCN to which you have a good defence, so let's hope he doesn't mind that £55 has been burnt.

It is the right of any motorist to pay up for a PCN if they so wish, no matter how easily defeated it might be. Mr Mustard has seen PCNs on which he is 99% sure he would win, paid for, but he does recognise he isn't the one who pays if he is wrong.

On the other hand it is the right of Mr Mustard to use his free time and brain power how he decides and he doesn't want to spend time half fighting PCNs. It is all or nothing with Mr Mustard.

Mr Mustard thought it would be useful for the world, well Barnet, to know this.