This story has been in the Barnet Times who Mr Mustard helps with technical PCN matters. A traffic warden will make a mistake from time to time, that is fine, it is how you deal with it that matters.

1. PCN issued (in error as it happens)
2. Motorist writes in expecting immediate cancellation & you never know, an apology, a bottle of wine, flowers, a box of chocolates ...something.
3. Council write back and say he should have paid to park.
4. Motorist writes back as he can't believe the second error.
5. Council write again and tell him to go away and wait until the Notice to Owner is issued, which will not be for a month.
6. Motorist contacts local newspaper which checks with Mr Mustard & then asks the council to comment.
7. PCN gets cancelled very soon thereafter.

Firstly what clues did the traffic warden (who only issued their first PCN on 6 August 2018 so is inexperienced and probably under-trained and/or not up to the job) miss? The obvious one is the sign on the pole, the one that is at a jaunty angle at the back of the car. The second one is that the bay is wide enough for a lorry as this is a part time loading bay so probably not a bay in which you have to pay. The third one is the transverse line at the end of the bay marking where the pay bay starts (although for clarity the two bays should be separated by a short stretch of yellow line). 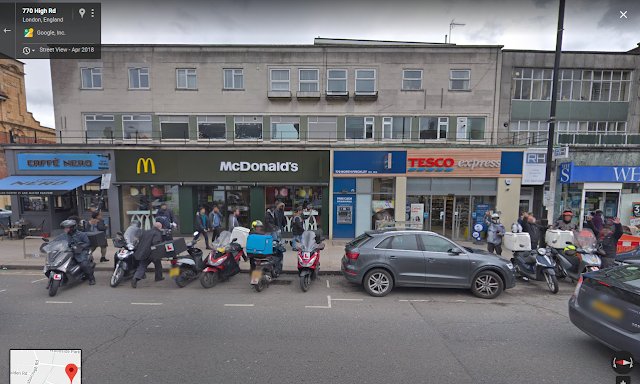 Why did it go wrong at the informal challenge stage? (informal just means a challenge in response to a PCN issued on street). This Freedom of Information response holds the answers. 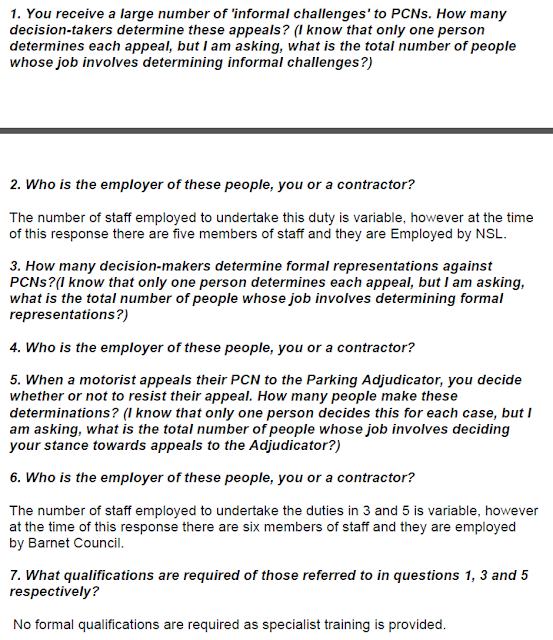 Informal challenges are responded to by NSL Ltd. Their office deal with these is in Dingwall. Where the heck is Dingwall, Mr Mustard hears you cry. Dingwall is where the red pin is. 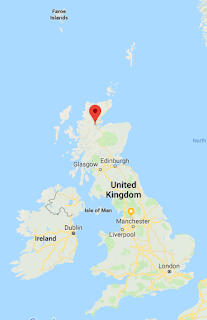 Dingwall is nearer to the Faroe Islands than it is to Finchley. Scots are great travellers but Mr Mustard doesn't suppose that any of the NSL employees in that office have been on familiarisation trips to Finchley. What tools do the employees have at their disposal? They have the photographs taken by the traffic wardens, eight of them in this case including the recommended one of the car and sign in the same shot but sadly the standard close up shot of the sign was of the wrong sign. The clues were still in the photos as the sign at the back of the car was on a thin grey pole and the pay by phone sign was mounted on a thick black pole.

Google street view would have answered the layout question.

The council's map based Traffic Management Order would also have been indicative of there being two types of bay.

The suspicion is that NSL reject, on behalf of the council, pretty much all informal challenges without really troubling to read them (another blog is coming with an example) and it is only at the next stage when representations are made in response to the Notice to Owner that a council officer, who works within the borough and so is more likely to live in and travel about the borough, can then apply any local knowledge he/she has to the situation. In this case when the motorist wrote back to point out rejection was wrong instead of a different NSL person looking to see if the motorist might just be right, as he lives nearby, the contact was rejected out of hand. That was unhelpful & dim. It also doesn't help that the council have apparently not given NSL any guidance or policies.

On just 12 occasions the council, probably decided by NSL, have accepted informal challenges.

On 15 occasions the council, probably itself, have accepted formal representations. Mr Mustard usually puts in the same arguments at both stages so that means informal challenges were wrongly rejected 15 times.

On 3 occasions the council decided not to bother once a referral had been made by witness statement to the county court after a document was lost.

On 23 occasions Mr Mustard took his rejected arguments to the independent adjudicators at London Tribunals and the council threw in the towel rather than produce the evidence and have the matter decided upon it. That means good representations were rejected 23 times as otherwise surely the council would have wanted the matter argued out?

On 36 occasions an adjudicator agreed with Mr Mustard's arguments, or the council made procedural errors. Those are another 36 cases that should have seen the PCN cancelled at an earlier stage. It is also 36 fees of £30 paid to the tribunal by Barnet Council that they could have avoided.

The reason that so many informal challenges are rejected is because experience has shown councils, not just Barnet, that most people don't realise you can use the same argument at all three rounds of the process and they give up the fight. That, combined with apathy, a shortage of time & a lack of knowledge of parking law and PCN processes tilts the playing field towards the council. Mr Mustard grabs it and pushes it firmly back the other way and is always ready to trust his judgment and fight to the very end & in 2018 he has been shown to be right 83% of the time or to put it another way, 5 times out of 6.

Whatever you do, if you are sure of your ground, don't give in. Stick to the timetable and make firm but polite challenges at the relevant times. If your situation is patently absurd then do email the local paper and/or go to your local councillor. The council hate bad publicity and it is in their interests to cancel your PCN at the earliest possible stage if they aren't going to make any money from it. It can though be hard sometimes to get them to see the error of their ways.