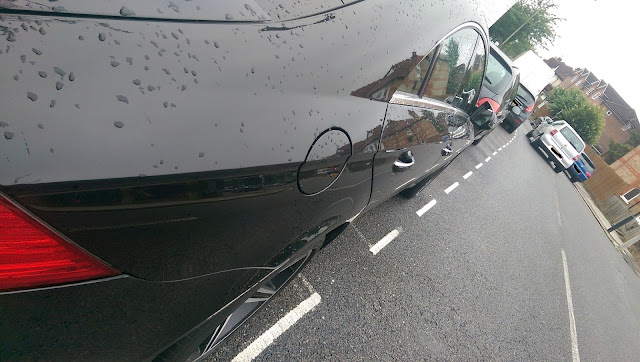 There are two parking bays here. Mr Mustard's client likens finding the join, which must be clearly marked, as akin to finding Wally in a whole picture full of them. Mr Mustard would suggest that Wally is off screen issuing PCN to innocent motorists, who, not having been properly notified of the extent of two parking bays, find themselves astraddle them and getting 2 PCN in 3 days for being parked outside of the markings.

The two bays are a Residents Permit only bay and the other bay is a shared use bay for resident permit holders and people who pay to park. Given that his client has a residents permit, he is entitled to park his car in both bays. There is however, a very short single yellow line under the passenger side of his car which a driver would not notice when they get out of the driver's side.

In addition, the two bay signs should be located at the ends of the bay where the imperceptible join is, in order that motorists are given clear information about the restrictions which is a pre-requisite of enforcement i.e they see two signs mounted on the same pole and can then see that they are at a join in the bays and a changing of the parking rules.

It is written in the contract with NSL that:

The appropriate lines across the carriageway that signify the ends of the two bays, separated by a small gap, are missing and do create substantial ambiguity. Traffic wardens often issue PCN where, upon site inspection, Mr Mustard can immediately see what is wrong. He knew about this location as a Mini had a screen full of PCN a few weeks back at this very spot.

Barnet Council will never earn the respect of the motoring public until their contracted traffic wardens cease from issuing PCN in situations where the restrictions are not clear.

Mr Mustard popped into Cafe Buzz for a lovely breakfast and parked near this very spot. Luckily there wasn't a car parked over the join in the bays so he was able to take a good shot of it; not exactly clear is it, the join? 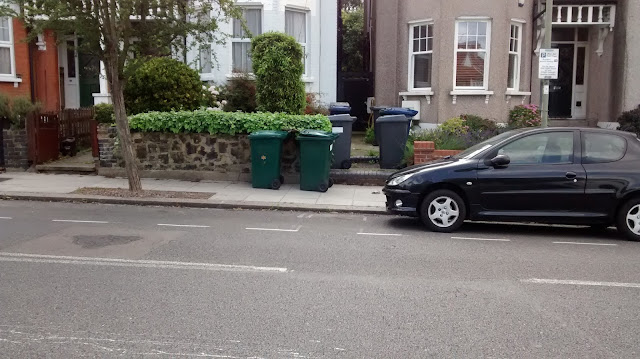