The penny has dropped - on Parking 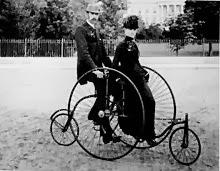 Finally, more than 2 years after parking meters were cleared from the streets of Barnet and scrapped, the penny has dropped.

Last night Mr Mustard  went to the Business Management Overview & Scrutiny Committee. Tucked away at the end of the agenda was consideration of whether a decision taken in October 13 (yes all of 3 months ago) should go ahead. If ever you wondered how much time is wasted in pointless meetings, just go to Hendon Town Hall and watch for yourself. You'll find the dates of meetings here. It might help you to see your councillor in action or, in inaction (one didn't add anything to a 3 hour meeting yesterday evening, he might as well have stayed in the party room and scoffed the buffet) and then you can decide if you want them working for you or not.

The meeting was made more palatable by the welcome attendance of the redoubtable Barbara Jacobson who asked 32 questions which highlighted the errors in the report on Regeneration and she asked if perhaps in future someone at the council could check reports before they are published. This lament was made by Mr Mustard the year before last when he found a table that was about a million pounds awry, don't hold your breath Barbara. Also there was Helen Michael, of Cafe Buzz in N12, who has tirelessly campaigned for lower charges and the return of cash parking meters and been assaulted by a councillor for her troubles. If anything, she found last night's meeting even more painful than being assaulted in the street and having her wristed twisted but at least the result was (ah, you'll have to read on). Lovely Green Party Poppy was there. She is standing in High Barnet ward and will get one of my votes in May

So having decided to have a quick fire Task & Finish Group there weren't enough staff resources in the Scrutiny office to run one and the other reason for thinking again was that there was a huge review of parking going on. That was a red herring as the question of payment method was not part of the review. Not only that but since the report to committee was drafted which said there weren't the resources to manage the T&FG the resources had become available. Anyway, the ball having been placed on the pitch, it was duly kicked about for a while by councillors, as follows:

Alison Moore wanted the T&FG to go ahead. it could feed into the larger review.

Brain Salinger was happy to drop the T&FG provided the review came before the committee for pre-scrutiny and he was happy to have an extra meeting for that.

John Hart, bless him, didn't know about the T&FG. Mr Mustard didn't understand that at the time but now sees that John Hart has replaced Andrew Strongolou on the Committee which is just as well. Sadly what John showed us was he hadn't done any reading of previous reports before coming to his first committee which is a bit slack in Mr Mustard's opinion. He is about a 1000 years old and he at least knew about scratchcard vouchers which he seemed to think were popular (not if you get a parking ticket whilst you are in the shop buying one) and he hadn't worked out how to use the credit card meters (lord help us, he makes decisions that affect us all). He didn't want people getting confused by another choice. Hmm, they managed perfectly well before.

Kath McGuirk stepped in. No minced words from Kath. The decision taken 2 years ago was blatantly wrong and need a short sharp T&FG. Well said Kath. We must avoid getting sucked into wider parking issues she said.

John Hart had another go. We are working hard on getting business centres to thrive, he said. (Funny that, no-one can see the results.)

The man in charge of the meeting (Mr Mustard isn't prepared to get into the argument about chairs and chairmen that raged recently on twitter) Hugh Rayner then asked the question which should have been asked at the start. Is the wider review looking at payment options?

Then the penny dropped. Brian Gordon spoke at length and twiddled his pen like a drum majorette, and he was speaking fast so these are Mr Mustard's notes rather than verbatim, we might get it on film later:

The more that is done to review parking the better, he is concerned about the public, parking exercises the public (i.e. it makes them mad and reactive) we will see the effect in May 14 (when you next vote for councillors) he deals with a lot of parking problems like parking tickets on bank holidays, tickets on boxing day outside synagogues, there is a feeling of nastiness (you could make a policy decision to turn Bank Holidays into Sundays or not enforce at all) he wants the public to be happy (Mr Mustard wants them to park properly as well) he is puzzled by the idea of the T&FG not going ahead, there is a widespread feeling that removal of cash meters was the wrong way to go.

at this point, Hugh Rayner who had been trying hard to keep the meeting to his timetable (wrongly in Mr Mustard's view, the business should take as long as it takes to get the salient points out) proposed that the T&FG should go ahead. Everyone breathed a sigh of relief, said aye, and Mr Mustard went to his next meeting.

Mr Mustard wonders if the decision had already been taken beforehand to let it go ahead. Richard Cornelius, the "leader" of the council had been at the meeting all along. Mr Mustard doesn't think he is the best leader he has ever seen but that didn't stop them shaking hands and wishing each other a Happy New Year before the meeting started. Richard left at the end of the previous item. Whatever else Mr Mustard says about Richard he knows a vote losing policy when he sees one and Mr Mustard thought he would stay to steer this item safely to a conclusion but he didn't, he put his coat on (nice scarf Richard by the way) and left so perhaps he made his view known to Hugh before the meeting, there was of course no question that a whip had been applied, in a scrutiny meeting, o goodness me no, that never happens................

You really should try attending at least one meeting, just so you can see how bloggers suffer for you.