Q. How can you tell when a traffic warden is lying? 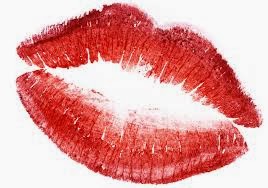 A. When their lips move.

Mr Mustard first heard this joke from a Frenchman talking about a Belgian but suspects it has many variants. The old uns are the best.

Q. Why has Mr Mustard told this joke?
A. As he received the below email from a friend.

We could use your advice again. We parked in the Stapylton Road car park today. The credit card machine was not working. My mobile phone was not working – the reason we were there was so that I could go into the Spires and get the phone fixed. What to do?

There was another couple present; they were from out of the borough and didn't have a mobile phone. There was also a parking warden and we clustered around her. A man came to get his van and told her that the machine didn't work. He took the PCN she had just put on his car, offered it back to her (no dice) and then said he never paid them anyway.

The warden rang the office and told us as the machine was out of order, our alternative was to use the phone. We each explained our situation again: no phone and broken phone. The other couple drove away (lost trade for Barnet). The warden said that we could get a voucher from the library but it had to be in 3 minutes; I said I didn't think we could do it that quickly. Then she said she was leaving the car park and would return in half an hour; she repeated that. So, guess what, we thought we had 30 minutes' grace. We went and got the phone fixed, returned to our car and – you already know, don't you – there was a PCN on our car, which from the time on it was issued as we left the car park.

Now, when we appeal, do we tell the entire story or just state the fact that the machine wasn't working and my phone wasn't working. Is the council obliged to have a working machine for payment or are we obliged to go elsewhere? By the way, we recently had to use the Moxon St car park, and it's credit card machine was out of order for at least two weeks; I don't know if it has been fixed, but on those occasions my phone was working.

Thanks for what I know will be your words of wisdom.

What will happen now is that Mr Mustard will lodge informal representations.

If they get rejected, as they so often do (maybe 90% of the time), he'll wait for the Notice to Owner to arrive and then he'll lodge the same representations by which time they are known as formal representations.

If they get rejected, as they seem to about 80% of the time, he'll fill out the PATAS form; this stage is called the Appeal. At that point Barnet Council will have to shell out £40 in fees to PATAS for a £60 PCN which is all that his friend is at risk for. The council will also have to produce a huge evidence bundle that takes 2 or 3 hours to complete. Mr Mustard will read it and chop it into little pieces before the Appeal hearing.

Whilst you are going through the process the maximum PCN value is frozen. If you lose at PATAS you get 28 days to pay in. If you are a bit broke when your PCN arrives you can delay it for 3 months by challenging all the way.

The breakeven for the council is if 66% of Appeals get rejected. They / NSL will have to sharpen their act up considerably before that day dawns. Mr Mustard also has a few cards hidden up his sleeve which he is saving for later.

It really doesn't seem that sensible for the council to ever refuse formal representations on lower value (£60) PCN especially from Mr Mustard who takes 100% of refused representations to PATAS.

Mr Mustard will wait and see the photos in the morning, as this PCN was only issued today, before he emails the informal representations. You never know, the PCN might have been cancelled by then.

One day councillors might just wake up and realise what this sort of behaviour by traffic wardens does for the reputation of Barnet and for traders. We do need parking enforcement, but we need sensible commonsense reasonable parking enforcement that is not relied on to keep council tax down.