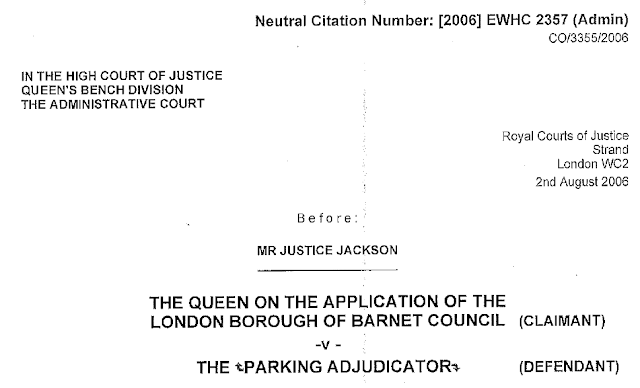 History has a habit of repeating itself. In 2006 the parking PCN of Barnet Council was found in Court to be invalid as a vital date was missing.

Here we are in 2020 and Mr Mustard keeps winning at the tribunal on the grounds that a time period is wrongly stated on the moving traffic PCN.

Moving traffic PCNs are the ones issued for

On 27 February after a barrage of tribunal Appeals won by Mr Mustard and with two Review requests (like a second opinion) refused without a hearing, the council amended its moving traffic PCN to read like this on the first page. He has however seen a later PCN which still has the old wording, all very odd. 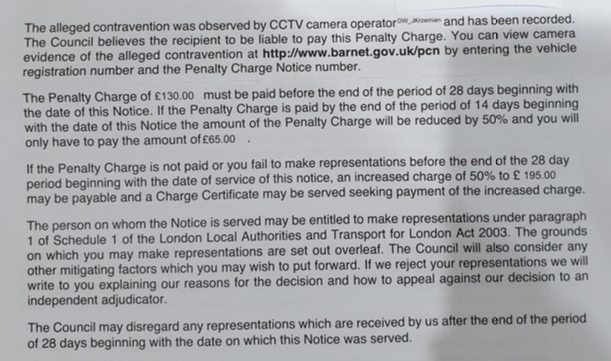 It is the third paragraph which used to be wrong, as it read like this

You can see the difference, 'date of service' = good, 'date of this notice' = bad.

If you have a PCN which contains the 'date of this notice' wording you should win any appeal to the tribunal as Mr Mustard has won 11 times, especially if you ask him to act for you (which only requires that you agree to donate to the North London Hospice as a thank you for his help). Two motorists have lost but the two adjudicators concerned don't handle Mr Mustard's cases (he is reserved to be dealt with by a small coterie of experienced adjudicators) so he isn't likely to lose.

If your PCN has this wrong paragraph on the front it is beatable (no guarantees but very likely). You should write the following to the council, if you haven't yet made your formal representations:

I wish to challenge the PCN on the grounds that the wording is non-compliant as found in tribunal case no. 2190464396 and ten other decisions.

The PCN has been found not to be compliant in the following cases:

One must be even handed at the tribunal and not present one sided evidence.


If you want Mr Mustard to handle this for you then he will happily do so free of any charge save for a donation by you if he wins, directly to the North London Hospice.

This is a once in a lifetime chance (probably) so don't miss out.