Crystal Palace - make sure you give way 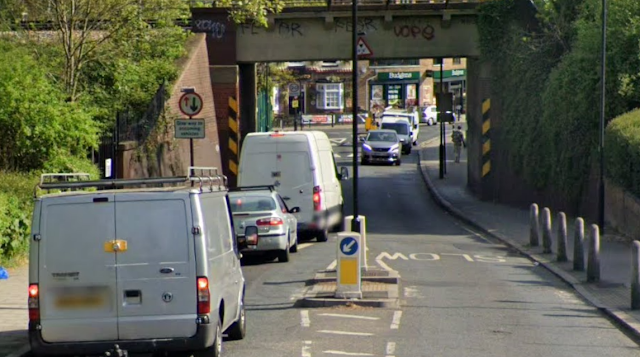 Mr Mustard is wandering out of his area a bit, going south of the river, but this location is one which appears frequently on the web forum PePiPoo (silly name but seriously useful). It is Salter's Hill heading up to the junction with Gipsy Hill and is monitored by a traffic enforcement camera. Most of the complaints Mr Mustard reads about are that the car with the PCN in the post had already committed to passing the priority sign at the time that the oncoming car came around the corner and so it was too late to give way. It always struck Mr Mustard that Lambeth Council were being unduly harsh in the manner in which they were sending out PCNs and it is clear that an adjudicator agrees, given the veiled criticism in the final paragraph. 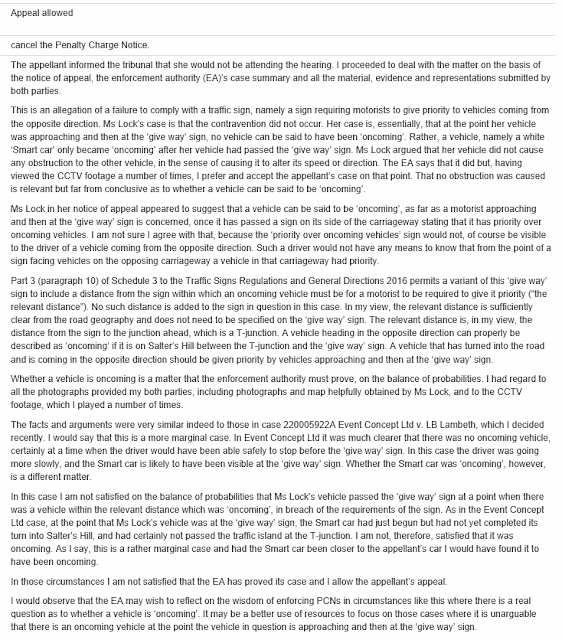 It is 60m from the junction to the bridge. At 30mph the oncoming car can be there in 4.5 seconds (the junction is not a sharp one) so that is all the time you get to react and you need to be 14m back from the sign in order to be able to stop in time. Rather than penalise motorists doing their best what the council should do is widen the bridge (expensive) or install stop go lights (not cheap either). They would both be fairer solutions but the council won't do either of them as this way they make money rather than spend it.

Best be nice and give way when you should and avoid any possibility of a PCN, or just never go near Crystal Palace.