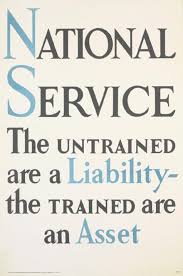 Mr Mustard is fighting a PCN, and he has just started a case at the tribunal, where, the driver says, the traffic warden confiscated the blue badge because the holder, a juvenile, was not in the car. The motorist, his mum, says she was collecting him. Whilst Mr Mustard believes the motorist, he thought he would check the knowledge of the traffic warden and the training which enabled him to do his job properly. Thus, he asked Havering Council about the training of traffic wardens and was worried to receive this response:

Misuse of a blue badge is a fraud. Typical council semantics.

The removal of the badge caused extra difficulties for the young boy whose badge it was. Mr Mustard did get it returned pretty quickly by complaining to the Chief Executive of Havering who quickly delegated the task to a senior manager who arranged a same day interview of the driver, who was the holder's mother, and then gave the blue badge back to her, the driver on the day in question.

You can't blame the traffic warden for getting it wrong, as he hasn't been trained (although motorists are expected to digest without any error the Rights and Responsibilities guidance which runs to 34 pages) but he shouldn't be asked to exercise the powers of a blue badge fraud investigator (and make no mistake as soon as a badge is seized it is assumed that you are guilty) nor should he confiscate a badge, without being fully trained. It would be better if a traffic warden merely reported the suspicion of fraud to the blue badge investigation team.

Mr Mustard has further concerns about the traffic warden. This is part of his written report.

If it wasn't such a serious situation Mr Mustard would be smiling as he thinks of Allo Allo:
for "I was pissing by the door, and I thought I would drip in"
we have 'I was petroling on St Nicholas Avenue'
but this is no time for humour.

The other point Mr Mustard notes is that the traffic warden, who pulled up alongside the parked car which was on double yellows, asked the driver to move on before looking in the windscreen, where the blue badge was to be found. That speaks volumes about the attitude of traffic wardens. Anybody on a double yellow must be wrongly parked and yet tens of thousands of motorists in greater London have blue badges and the right to park for 3 hours on a double yellow (except where loading is banned, identified by yellow marks across the kerb).

The blue badge has been returned, then renewed just a month after the incident without any hesitation, no proceedings have been commenced or even threatened, but yet Havering Council want to force the motorist to the tribunal. The motorist won't have to attend, Mr Mustard will handle it. Will the council fight the tribunal Appeal or will they wisely throw in the towel and file a 'do not contest' form. Time will tell and Mr Mustard will let you know.

Mr Mustard is of course wondering which other London local authorities have untrained traffic wardens going about confiscating badges in an ignorant fashion. Best smarten your act up parking managers before Mr Mustard starts asking questions.