Mr Mustard has often wondered if bailiff's vans get ticketed as he suspects that bailiffs think they are above parking law when it comes to themselves. Well in Lambeth they aren't above the law (Mr Mustard doesn't know if they were enforcing a Lambeth warrant or not). What is so helpful is to find a jobsworth CEO (traffic warden) who needs to meet his non-existent quota of PCN who issues a ticket despite whatever the bailiff might say. The traffic warden is correct, a bailiff going around enforcing a penalty for not complying with traffic/parking regulations should him/herself comply with them all.

Lambeth Parking back office held firm and rejected the representations which were made and the PCN ended up at London Tribunals (formerly PATAS) and below is the result: 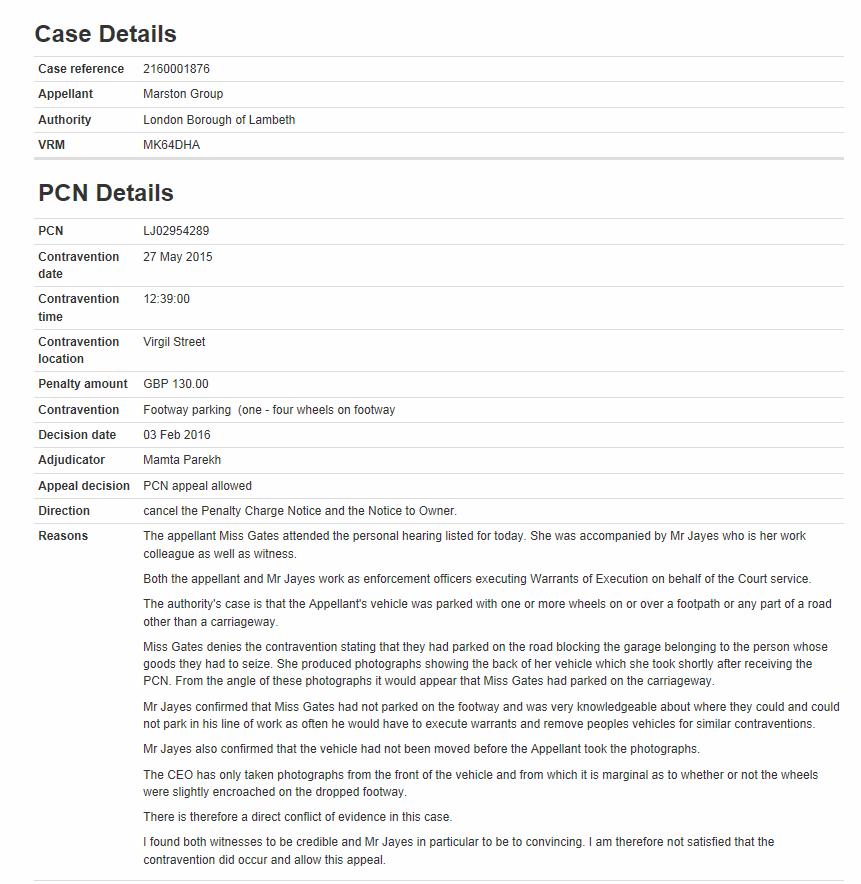 So there we have it, the bailiff's van was not, in fact, on the footway. What a pity that the traffic warden did not take a better photograph as the result could have been different.

The part of the story above which is wrong is that the bailiff used his van to block the garage of the debtor, a bailiff cannot deprive you of your right to go about your daily business. There aren't many garages in Virgil St, it may have been one of these which have dropped kerbs. 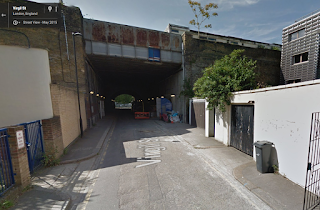 If only the PCN had been issued for being adjacent to a dropped kerb, the outcome would again probably have been different.

If a bailiff blocks you in, phone the police and report the obstruction or phone the council to come out and issue a PCN.