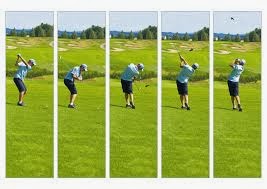 A few months ago Mr Mustard and one of Barnet's parking managers (there are 4 with the word manager in their title and only 5 staff in the client side; too many chiefs? possibly not as their main function is to decide on policy and monitor NSL, who also have at least one manager on the team) had a difference of opinion (and this is not a euphemism for a row - it was a polite exchange of emails with our respective points of view; Mr Mustard is always polite to the parking managers, albeit robust in his views) about a Visitor Voucher which had been scratched with a pen rather than a coin.

Mr Mustard's view was simple (what, because he is? lol). Scratch in the dictionary refers as much to the method of doing so as to the implement used and included scratching with a pencil so Mr Mustard felt he was on firm ground. The pen scratching clearly displayed the correct voucher details and the voucher had been altered in such a way that it could not be sued again.

The parking manager's view was that the coating should be scratched off, preferably using a coin.

Anyway, the parking manager could see that Mr Mustard would take this appeal all the way to PATAS and it would cost the council £40 (Mr Mustard didn't mention a problem with signs and lines in the road concerned, he was keeping his ammunition dry) and both sides felt they would win so the parking manager cancelled the PCN. Now an independent adjudicator has stepped in to settle the difference of opinion on an appeal that Mr Mustard was not involved in.

Here is the decision of the adjudicator.

I heard from Miss Y. at a personal hearing. I found her a credible witness.


In any event, the documentary evidence tells a clear story.


Miss Y. produced the original visitor voucher which was on display in her vehicle at the time in question. Clearly visible are the blue ballpoint scratches which have been made across the relevant day, date and year to show that it was valid for the day in question. I conclude that a valid visitor voucher was displayed.


The officer appears to have issued the Penalty Charge Notice on the basis that the voucher had not been scratched out properly. This seems to me to be utterly without foundation. It is clear from the marks on the voucher that in scratching across the relevant items with the pen Miss Y. had put the voucher well beyond a second use. In the circumstances there is no doubt at all that she had complied with requirements.


The authority has pursued this PCN on the entirely separate ground that this permit was not valid for use in this car park. This allegation, similarly, is without foundation and the authority withdrew it in its appeal summary, but not before Miss Y. had been forced to make the appeal.


The evidence shows that the use of this permit is expressly allowed in this car park, and indeed Miss Y. confirms that she and other residents have been permitted to do so for years.

Mr Mustard finds the fact that NSL and/or the council could advance an argument that a voucher is not valid in order to persuade a motorist to pay, very unattractive. let us suppose that the motorist gave in when their appeal was rejected a second time, and paid up. Subsequently the authority realised they had erred. Would an automatic refund be issued? Is that a pink pig flying past the window? The answer to both is no.

We are entitled to an honest service from NSL and the council. There is doubt as to whether we get it 100% of the time.

A final note for any parking managers who are reading this. Please instruct all Civil Enforcement Officers (traffic wardens) and Notice Processing Officers (appeal clerks) that as long as a voucher is put beyond a second usage, a PCN should not be issued and an appeal should be allowed. If any similar cases land on Mr Mustard's desk there will be an application for costs for wholly unreasonable behaviour.

Mr Mustard
Posted by Mr Mustard at 9:14 am