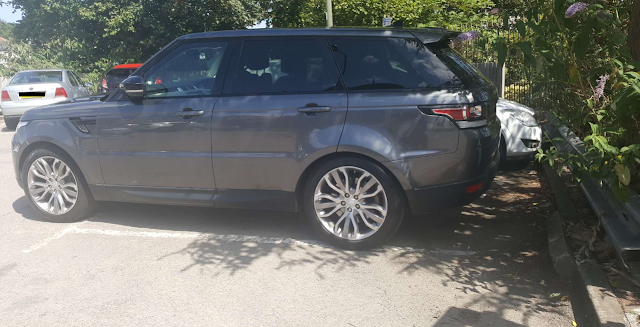 So what you do as a council which is short of money is that you paint bays which are too short, then you fail to maintain the perimeter (let the shrubbery grow and the kerb stone fall in) and then when the motorist backs up as far as is reasonable in the circumstances you give them a parking ticket (PCN) for being outside of the bay.

Profiting (well trying to profit as this will be going to the tribunal and you'll lose Barnet Council) from your own incompetence is thoroughly unattractive Barnet Council as well as being procedurally unfair.

Mr Mustard has looked at his records for PCNs issued in 2018 by the same traffic warden which have been contested by Mr Mustard. The score is 3-0 to Mr Mustard.

This was one of them - ticket issued in the snow.

Another one was issued to Mr Mustard's friend for being in a suspended bay, but she was outside of it. The traffic warden in question, no. 5XX, is simply not up to the job.

Another resident who will be critical of the council if requested to give an opinion in a public perception survey.