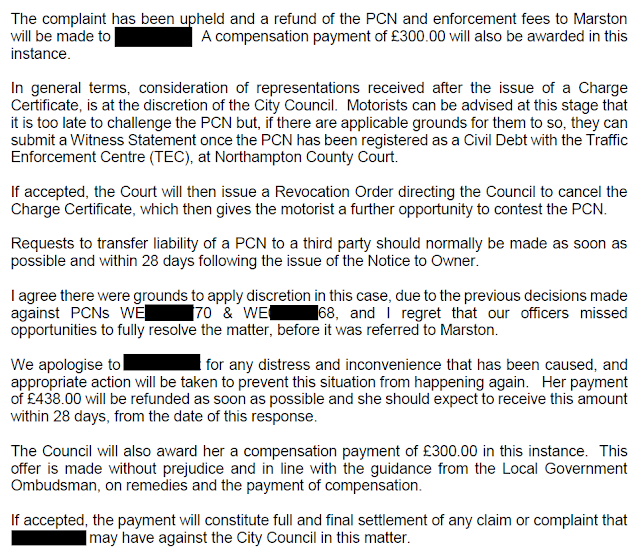 Mr Mustard decided to start at the end of the story, with the good news, and go backwards. Marston were not greatly at fault in this matter, they were given a warrant which was tainted by incompetence. Mr Mustard does not think that even had they even-handedly considered the DVLA letter that the vehicle had been sold prior to the contravention and referred it to the City of Westminster that there would have been any change of position. Coming back from your holiday in the early hours and then getting clamped at 7am wasn't the best start to the post holiday period. Unfortunately Mr Mustard's advice to garage the car was not heeded.

The bare facts of this matter are that a car was given away and there was a delay in registering the transfer at DVLA. For a few months after his lucky gift the new owner of the car ran amok all over London. Every PCN but one was cancelled for the prior owner. Mr Mustard cobbled the facts together and sent an epistle to the newly appointed Head of Parking at City of Westminster. 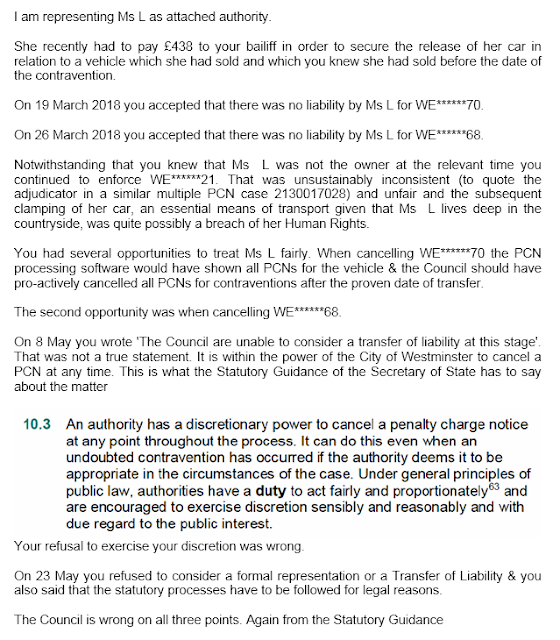 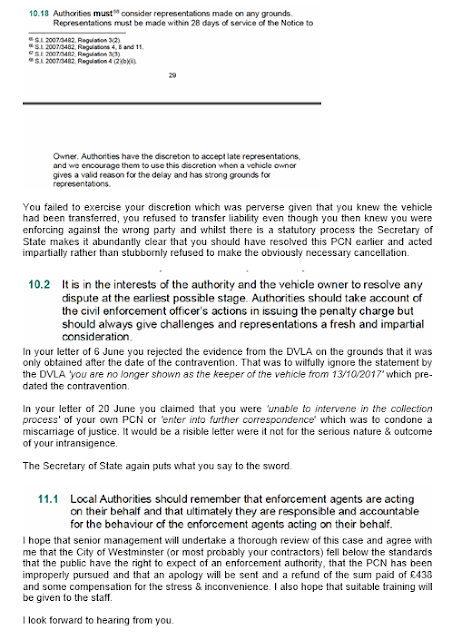 So we end up with a lady having her new car clamped because the bailiff had assets under control but the bailiff has ended up with nothing. It would be better if bailiffs, when offered a plausible reason why the warrant might be wrong, would take instructions from their client and put the matter on hold. The problem is that because bailiffs are remunerated solely on success they are likely to ignore the obvious error and extract their pound of flesh. They end up giving it back with interest which is a waste of their time and causes reputational damage.

The City of Westminster though are to be complimented on having seriously considered Mr Mustard's epistle, which was something of a missile, and accepted their failings and made a decent compensation payment. Mr Mustard wishes the new parking manager all the best. Many other managers could learn from her example.

Remember, we all make mistakes, how you deal with them is what really counts.

If you are selling, or disposing of, a vehicle, make sure you register the change of ownership with DVLA as if the new owner doesn't, you may pay the price.