TfL are a disgrace - in the nature of a guest blog 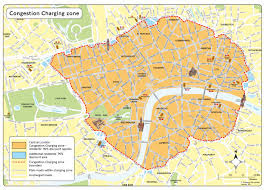 
I hope you're well. I'm afraid I have another query for you on behalf of my parents. I will try to keep the facts brief but can provide more detail if needed.

- parents have moved house, new owners called this week to say they have some post for them. Parents collected post to find 2 charge certificates from TfL for non payment of PCNs (congestion charge)
- new owners of house state that no previous correspondence has been received (i.e. The Pcns themselves or any reminders)
- charge certificates state payment required in 14 days (i.e. by 8 august) otherwise they will register it as a debt
- I believe a statutory declaration is required (or two) to say that parents did not receive PCNs?
- reason for not paying congestion charge is that vehicle is registered under blue badge discount for my grandmother however the email sent by TfL to ask whether that should be renewed was sent to my grandfather who sadly passed away last year. Therefore email account not checked and discount expired around march this year.
- parents did have a mail redirect initially but this had stopped by the time PCN issued. However new owners are in touch and would / should have told them if they had post
- my dad (registered keeper) did not update DVLA until recently, however he says (I am asking him to double check this) that when he called them (in July) to update his address they told him they already had new address. Not sure how this is possible but perhaps they obtained it via an alternative source..?

Any chance of success with this do you think? Presume first would have to attempt statutory declaration then if successful, make representations? Out of interest, when log in to TfL site it still seems to allow us to make reps even though supposedly you cannot do this once charge certificate issued.

Thanks in advance for any help you can give us!

Although Mr Mustard wasn't managing the PCNs he keeps an eye on things. One PCN was settled and the other marched forward through the process to the bailiff. He enquired what had happened.

Thanks for your email. Yes - it was a complete nightmare for my parents as you can imagine. TfL are a disgrace - despite my parents sending in the relevant stat dec signed by a solicitor etc, TfL managed to lose it. My parents then got another statutory declaration signed and witnessed etc and followed up with the TEC who confirmed all received and sent to TfL, and that bailiffs would definitely be put on hold. Next thing they know, very unpleasant bailiff at door a few days later. My parents were already in the middle of a major family crisis so had no option but to pay full amount (it was a weekend and nobody from TfL or TEC available of course).  (2 swearing fees of c. £10 would have had to be paid)

My mum called tfl on the Monday and TfL actually admitted they had failed to correctly notify bailiffs and agreed to cancel ticket. Now my parents are waiting for refund - who knows if it will ever materialise.

Thank you for keeping track of this - I have to say that I despair at organisations like TfL and others whose disorganisation and ruthlessness causes innocent people an extraordinary amount of stress and upset.

Please keep up your good work in helping people to fight back!

The problem is that parking departments automate as much of the process as they can simply because of the volume they deal with. TfL issue around 500,000 PCNs each year. Thus the personal input which would stop most stupid process errors just isn't built into the system and that is wrong.

The parents are out of pocket, they are due an apology for the error in instructing the bailiffs and should be compensated for the worry but that simply doesn't happen.