Someone show Dean where his elbow is 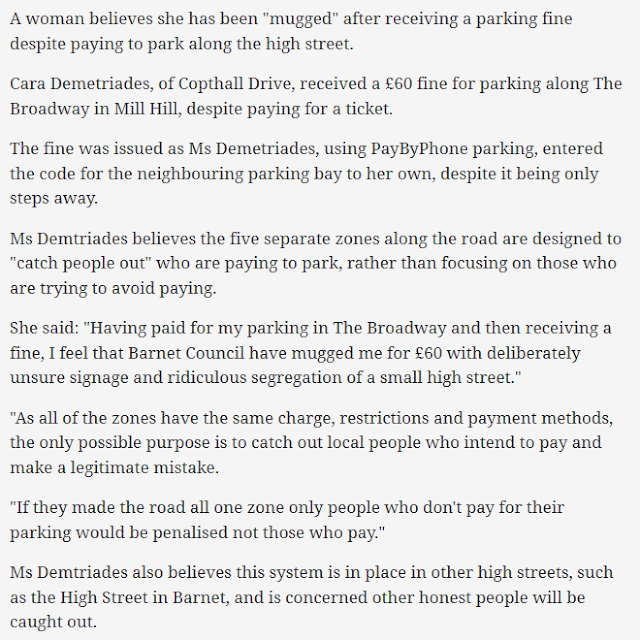 So Councillor Dean Cohen says that each bay has its own unique code. Let's see. Here are extracts from the council's own map of bays in the Broadway, Mill Hill of two adjacent bays, separated by a yellow line.


So there are two adjoining bays both of which are numbered 9509 which could easily lead motorists to think all the bays in that road have the same number.

So where is Dean's elbow in case he asks? He sits on it.


p.s. In Enfield they do it differently. The whole of Southgate shopping district has just the one code.

The defence to this PCN is that the council have been paid the appropriate parking charge and that on your phone it does say you have paid in the Broadway. The PCN says you haven't paid in the Broadway. It does not refer to a failure to pay in bay 1234. You can beat a PCN like this one if the circumstances are suitable & properly argued.
Posted by Mr Mustard at 10:29 am