No change for the better at Barnet Council 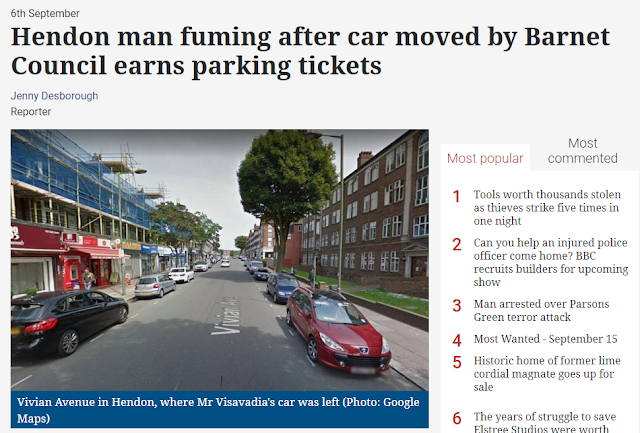 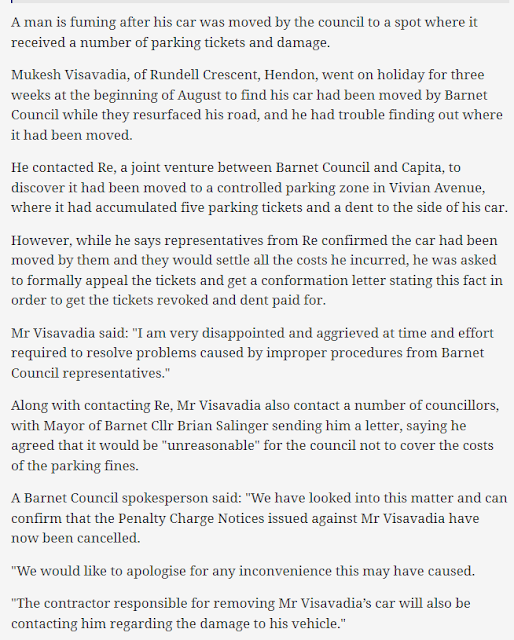 All due credit to the Barnet Times for another good (bad news for the motorist) story about parking tickets.

It took Mr Mustard an hour to find it but he knew he had seen the same problem before and it turned out to be in April 2016. Here is the blog post. In that case, probably due to being the embarrassed & guilty party, the council just quietly cancelled the tickets (PCNs) and didn't write to Mr Mustard to tell him what they had done nor apparently to the motorist but the zero balances on the council computer were enough to satisfy the injured party on that occasion.

Mr Mustard wrote to a parking manager as follows:

As a general rule would it not be sensible for moved cars to be stickered up with the fact that they have been moved by the council and are not to be ticketed?

No reply was received and so nothing, it seems, has changed.

Mr Mustard's advice is still pertinent today. In addition, the fact that the vehicle has been relocated should be notified to TRACE who can also be contacted by telephone on 0845 206 8602 as they are the pan-London contact who keep a track of impounded cars to whom the police will refer calls and are likely to receive calls about relocated cars. Putting notices up on posts near to where the cars were moved from as to where they were moved to could save a lot of stress and wasted time for motorists.

Hopefully Mr Mustard won't need to write yet another blog on this subject in 2018.