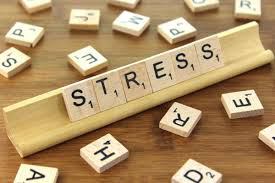 Regular readers will recall the blog post about Newham and the cloned car previous blog and the PCNs have now finally been disposed of. Mr Mustard thought you might like to see his most recent exchange of emails with Newham Council.


Again thank you for the additional evidence in regards to the claim of a cloned registration.

I’ve now been able to compare both vehicles and we can now accept that the vehicle captured by our CCTV camera’s is not the vehicle belonging to redacted. We therefore shall be contacting London Tribunals to advise that we will not be contesting 6 appeals.

I hope that you can see from the evidence pack why we were unable to cancel the PCN’s before until now. When we contacted the Police by telephone they advised that they had no record of the reference numbers supplied. This obviously raised suspicion.

After contacting both Redbridge & Barking & Dagenham in respect of the cancellation letters you supplied, both authorities advised that no investigation was carried out to come to their conclusions. We therefore had not found grounds to cancel the PCN’s.

After reviewing the evidence supplied this morning I’m happy to accept the cloned vehicle claim and well be cancelling all PCN’s this afternoon. I’m sorry we couldn’t have come to this conclusion earlier.

Please accept this email as acknowledgement that we will be A) not contesting the 6 ETA appeals scheduled for tomorrow afternoon, and B) that the following PCN’s have been cancelled

Thank you for your detailed response. I promised that I would send further thoughts, which will appear on my blog but without your name.

The evidence I had just sent you was a PowerPoint presentation of differences between the two cars, which my client had organised and an insurance assessor's report that the real car had not been in a recent accident (and there was YouTube footage of it relating to an accident with a London Ambulance Service vehicle) which confirmed that my client's car had not recently been repaired.

I don't agree that you couldn't tell that the two vehicles were different before now. The formal representations included 'The attached photos may help highlight difference in the actual car to your captured images'. Your response was 'If this is not your vehicle and is a possible ringer, then you need to supply evidence, and also pictures of your own vehicle, so that the Council can compare'. Perhaps I did forget to include them when writing to you but given the clear statement that they were included you could have asked for them to be supplied within 14 days without getting anywhere near the 3 month limit for responding which applies to moving traffic contraventions. Even better, Newham allow for representations to be made only in writing or by fax (not many of those nowadays) and not the 21st century method of email and then the inclusion or not of the photographs would not be in doubt and the whole communication process would be slicker.

However, if we move forward to the making of the Appeal to the tribunal, I know you had 7 clear colour photographs of the real car, including shots from all 4 sides of the car, to study and that was more than adequate for you to see that the wheels, number plate mounting screws, side windows and rear window were different and the borough missed an opportunity at that stage to accept the car had been cloned but did not avail themselves of it.

You did try to stand up my Appeal points that Barking & Dagenham had cancelled two PCNs, that Redbridge had cancelled one and that Civil Enforcement for the Ibis hotel had cancelled one. In addition no claim was being made by the London Ambulance Service for the damage to their vehicle.

You didn't have authority from my client to speak to any of those organisations (although it would have been granted if requested) and so your emails to them containing my client's data probably breached the data protection act especially as you told one of the councils what the police had told you and induced them to break the Act likewise. One council told you that they had found minor differences in number plate screw placement and so they gave my client the benefit of the doubt; Newham chose to ignore that evidence/conclusion.

One police force confirmed that my client had phoned in the report of cloning; this was probably a data protection breach. They gave you the full reference number whereas I only gave you the last 3 digits (not realising it wasn't complete) but they declined to confirm the address and car details as they didn't regard email as secure. That however should have been enough for you. My client's report of cloning to the police had therefore been verified by you. Why you then contested the Appeal in the light of the evidence, the car, on the balance of probabilities, having been cloned, is not easily understood. I think you had ample evidence on which to cancel the PCNs.

How likely was it that my client would clone his own number plate onto a similar but different Audi, knowing that the PCNs would all come to him as registered keeper, so that he could go on a parking ticket and bad driving spree (there were 11 events in 4 days) in east London whilst living in Warwickshire?

Whilst in law, there is a presumption of innocence until proven guilty, PCN are civil contraventions and the relevant Regulations or Acts have been written the other way around. You are guilty by default if you don't defend yourself.

Put yourself now in my client's shoes. He is an innocent man. He has received 10 penalty charge notices (one was a parking charge notice but no matter) which he has had to fight. During a 4 day period he was sent demands worth more than £1,000. No matter how innocent you are that is a worry.

Unlike the other boroughs Newham dilly dallied with his representations and they are rather generously allowed 3 months in which to respond rather than the already over generous 56 days which apply to parking PCN. If my client had missed any 28 day deadline he would have become liable for the PCNs at an uplift of 50%

Whether I do the paperwork, or my client does it, it still has to be done.

Newham would have looked a little foolish at the tribunal because of this statement in the case summary "There is no explanation as to the relashonship (sic) between the appellant and Mr Dishman' There doesn't have to be an any further explanation. Newham were in possession of a signed letter authorising me to be the representative. It is the right of any person to have, in a civil matter, any representative they wish. The tribunal were hardly going to be at all bothered by my presence having adjudicated on 124 PCN with me as the representative in 2017 alone. In fact they find my presence helpful as they receive carefully crafted representations which go to the heart of the points in question each time which makes them more efficient. I am sure you will take account of my experience should I appear as a representative in Newham on a future occasion, as I will from time to time.

So my client is already stressed by the number of PCNs he received and then Newham taking from 28 March to 26 June to formulate & post their rejection left my client under the burden of 6 possible PCN at £130 for a day short of 3 months. That was an unreasonable delay on your part and even then you only responded on 4 out of the 6 PCN.

My client then had to book a day off from his workplace in order to travel to London for the hearing, his evidence in person would have shown him to be a credible witness and I think I could have shown that Newham's behaviour in not properly comparing the photographs at the time when the Appeals were lodged a month prior, was wholly unreasonable and made a good case for costs notwithstanding that they are rarely awarded. We'll never know now. I have missed the spectacle of seeing how you were going to argue that my client, with 5 spoke wheels on his car, parked for the day within a short distance of the tribunal so you could have examined it along with the adjudicator, was the same car as the one Newham filmed with 10 spoke wheels.

In addition, in order to obtain my assistance, my client agreed at the beginning to donate to the North London Hospice. The suggested rate for one PCN is £25. He would have been £225 out of pocket for 9 PCNs but I didn't press him to donate that amount as I expected the cases to be quick & easy. They were, except in Newham.

I asked the adjudicator last week how many cases of cloned cars which appeared in front of him were not real and he struggled to recall any. I have read every tribunal decision for Barnet during the last 5 years and the only cloned cases lost were ones on which the motorist hadn't got their act together properly to produce the evidence. The vast majority of cases had provided photos and had very quick cancellations.

I don't know what it has been like in Newham as I rarely read decisions for your borough but what I do think is that you need to have a rethink about how you deal with such cases. I had a look at your parking policy and searching for cloned or cloning reveals no answers.

I think the time has come to update your policy and have a more open mind that if a motorist says his car has been cloned, it probably has. Please remember that you are dealing with people with real feelings, not just PCN numbers.

Sorry this is a long read but it is intended to do good and assist Newham Council to do better.