PayByPhone - not so quick sometimes 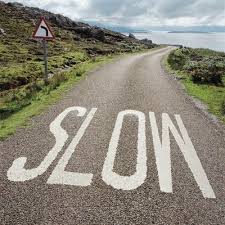 Barnet Council imposed PayByPhone on everyone in Barnet who wishes to pay to park their vehicle with, in most places (500 cash parking meters were latterly replaced by 50 card only machines) and no other practical alternative for those who want to use cash. Being able to pay is dependent upon you having a mobile phone with some charge in it and a phone signal which although more reliable than 10 years ago can still be variable for certain providers in certain locations. There are also unexplained delays in the PayByPhone system responding to texts sometimes. Barnet Council always try to put the blame on the motorist for any failing in the PayByPhone system which is unfair as the motorist has no choice in the chocie of mobile payment system. A recent adjudication at the tribunal saw, in decision 2170163808 in May 17, the following result

This PCN was issued for the alleged contravention of being parked in Watling Avenue Car Park at 3.14pm on 5 January 2017 without payment of the parking charge. It is not in dispute that Mr M's car was parked without payment of the parking charge. I am, however, allowing this appeal because it is clear from Mr M's evidence that, in the period between parking the car and the issue of the PCN, he was actively and continuously engaged in the process of attempting to make a payment to park by phone. The evidence shows a series of text messages sent from the phone and it appears that the correct information was being transmitted by Mr M. A motorist is allowed a reasonable period on parking to make the payment to park. A period of 25 minutes would ordinarily be regarded as excessive but I am satisfied from the evidence that Mr M was prevented from making payment through no fault of his own. I therefore find that the alleged contravention did not occur.

The council can provide evidence of everything you did with your phone to try and effect payment. If you are sure of your ground you can demand this be disclosed to the tribunal. Don't though see you have just been issued with a PCN and then start to effect payment as you will look like a cheat, which you would be.

Email ThisBlogThis!Share to TwitterShare to FacebookShare to Pinterest
Labels: paybyphone