As some of the text is not all that clear you might find the following text to be helpful:

“When the visits carried out who went on them and what did they learn from them? None of that is contained in here, six pages is desk top research. What members here are looking for are, what have you learnt from meeting up with councils face to face?

“I haven’t visited any of the sites, just by not visiting does not mean you are not learning from your officers and desktop research”

He followed again by saying:

“I think the most important thing is to know what you learnt from each of them, for instance if you went on a visit and you found contracting out wasn’t a good idea maybe that should be noted, that they considered it was not a good idea and but here we don’t know.”

This reminds Mr Mustard of friends and colleagues who have been away on honeymoon. You find yourself asking if they have had a nice time, as if anything else could have been the result of a week or a fortnight of amour, and they say "very nice thank you".

And then Mr Mustard found himself thinking about Robert Rams and his recent nuptials ( yes, a hideous thought but there you go) and asking him, "how was the honeymoon Robert?" and this is of course a very important partneship along the lines of One Barnet but with less money involved and with less complications if things go wrong and Robert replying, "well all right you know but I relied on an officer for the hard parts!" (That was the Friday joke in case you missed it).

Mr Mustard apologises for any terrible images that are currently scurrying around your brain.

Please look at this calming image for a while until you are back to normal. 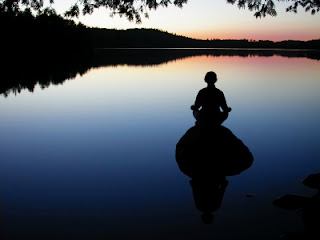 Mr Mustard
Posted by Mr Mustard at 8:50 am