The seven principles of public life are

and in the last 18 months Mr Mustard thinks he has heard them talked about only the once and even then probably in the pub by the bloggers and not within the council chamber.

He is particularly interested in the Objectivity principle which states:

In carrying out public business, including making public appointments, awarding contracts, or recommending individuals for rewards and benefits, holders of public office should make choices on merit.

Now take a look at the first section of this internal email from Andrew McLaughlan (the One Barnet Communications Manager - hence why you have never heard of him, he hasn't communicated with the public?) of 25 March 2011 which clearly states that in-house is not an option (quaintly phrased as "rather than providing services itself") 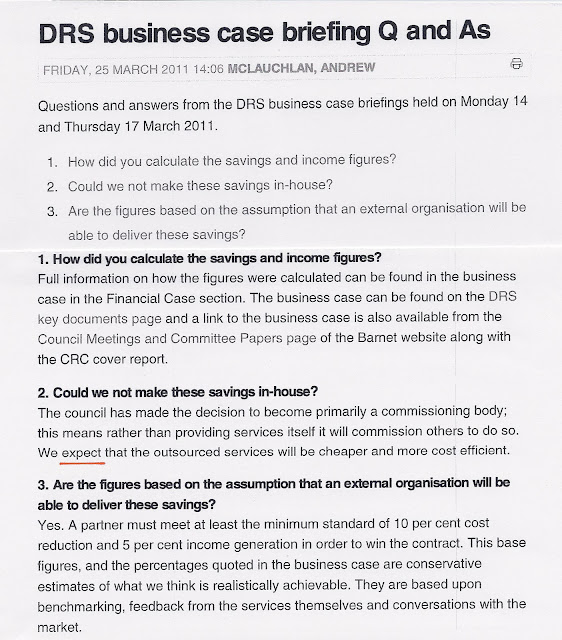 Quite simply as the in-house option has not been given a look-in on DRS and on NSCSO the councillors in the Cabinet have not adhered to the Objectivity principle of the Nolan principles. It looks like Mr Mustard will have to talk to his lawyers.

What disturbingly closed minds the ruling councillors in the Cabinet have.