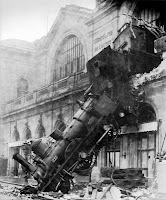 Readers may recall that Mr Mustard wrote about the fact that many appeals being taken to the third and final stage, an appeal to PATAS, were not being properly followed through. See this post from July.

Now we are only a week away from being 6 months into the contract with NSL and the teething troubles excuse is well and truly worn out. There is now no excuse for a parking firm not to be fully up to speed.

London Councils who run PATAS have put out the statistics for the year ended 31 March 2012, which you can find here. Ignore the spin about tickets being looked at more closely; the independent adjudicators make findings of fact.

Barnet's share of those were 841 parking tickets cancelled out of 1,322 requests which equals 64% cancelled. Barnet fared rather badly in the league table of London Boroughs. Only Tower Hamlets and Redbridge had marginally worse results. This suggests that Barnet have been following too mean a policy which we have certainly seen evidenced.

Since NSL took over the results have been in free fall. Here they are in a handy weekly digest.

So the 64% has slipped to 92%. It makes Mr Mustard wonder if NSL management have simply decided not to bother about cases going to PATAS as they take up a lot of time and need someone who really understands parking to handle them and having got rid of the entire back office they are at somewhat of a loss?

What has this cost Barnet Council? The average parking ticket is worth £98. The cost of a PATAS appeal for Barnet Council is £46.73 so every PATAS loss costs £144.73

Wasn't this One Barnet contract going to save us £600,000 a year. It doesn't seem very likely to happen, now does it?

Mr Mustard does hope that these losses are being clawed back from NSL. When the next annual audit comes around Mr Mustard will be at the North London Business Park asking the difficult questions on behalf of all residents.