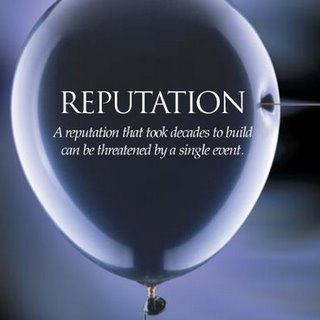 The main moments, so far.


AWARD OF CONTRACT – PARKING ENFORCEMENT AND RELATED SERVICES
(Report of the Cabinet Member for Environment– Agenda Item 12)
For the reasons set out in the Cabinet Member’s report, the Committee;
RESOLVED –
1. The contract for the provision of Parking Enforcement and Related Services is awarded to NSL Ltd for a period of five years with an option to extend for a further two years.
26 January 2012 - Mr Mustard emailed every councillor as follows:

I do not think that NSL are going to enhance the reputation of Barnet Council if they display the sort of behaviour that a tribunal has found they did in Westminster.http://nutsville.com/?p=3791

Of course you will say that this sort of behaviour will not be allowed in Barnet but leopards don't change their spots and Barnet Council has an ignominious record when it comes to the monitoring of contracts.

to which absolutely no response was received
13 March 2012


Mr Mustard sends in an FOI request to Barnet Council for a copy of the financial viability study of NSL which should have been carried out at an early stage, the Contract with NSL if signed or the expected date of signature and a copy of the Parent Company Guarantee or Performance Bond as the case may be.
17 April 2012

The Mail Online reports on the case of the NSL traffic warden who was sacked, because he says, he exposed the alleged employment of illegal immigrants. The name of the Operational Support Manager who was alleged to be behind this was Adebowale Onadeko. The case goes against the sacked worker who was the whistleblower.

The Ham & High reports that there is to be an appeal in the NSL illegal immigrant case as further evidence has come to light.
1 May 2012


NSL start to provide the parking enforcement for Barnet Council. They put all existing back office staff on gardening leave and they are at risk of redundancy. Parking wardens get new uniforms & machinery and carry on patrolling the streets as their job location has not changed.
28 May 2012

Bedfordshire on Sunday reports that a manager of NSL a traffic warden firm, one Adebowale Onadeko has been ordered to carry out 80 hours of unpaid work (is this the new name for community service?) and pay costs of £85 for trying to buy an iPhone with a fake credit card, an event which goes back to October 2011. If you go back to the 17 April entry one can only imagine that this event won't help NSL contest an appeal by a sacked worker whose boss now has a conviction.


Mr Mustard asks Barnet Council for a review of his FOI request which is 6 weeks late in being answered.


Mr Mustard discovers that Adebowale Onadeko was on the Barnet contract in May 2012 but suddenly there is now a vacancy for his role. The parking staff are very worried that this individual, so capable of fraudulent activity, has their bank details from their personnel files.
What can we learn from this sorry tale?


Well for a start you need to take a good look at your potential supplier and google them to see if they have any skeletons in the cupboard (have we seen them all yet?).


You need to have the backbone to say "stop, let's take another look at what we are doing".

Maybe that when bloggers ask questions you should stop and think about them and not go into a bunker mentality; bloggers want a better borough too, you know.

That if you outsource you do not outsource risk and problems. What you lose is the ability to check the background of staff and to choose the best people for the job yourself.

That giving information, like credit card details, to third party suppliers (like Verrus Pay-by-Phone) means that you cannot control who sees them or where they go to in the world.

That this was the first outsourcing under the One Barnet umbrella and it has got off to a very bad start. What on earth will go wrong when the much larger & multi-faceted DRS contract is passed to third parties and sub-contractors?

One Barnet is not the panacea for all ills.