Mr Mustard has, since 2015, fought roughly one PCN per annum PCN for a delightful elderly couple in their eighties, just the kind of people he likes to help. Let's call them Mr & Mrs B.

Mr Mustard received a phone call on his home phone from Mr B to tell him that sadly, after 62 years of married life in which they had done everything they ever wanted to do, Mrs B had died 2 months prior and he had a box junction PCN in her name. Mr Mustard made a house call. He found that the PCN had been issued at a location which Mr Mustard has always had over-turned on Appeal, outside Toni & Guy as the box extends beyond the junction with Bath Place, the clue is in the name 'box junction'. 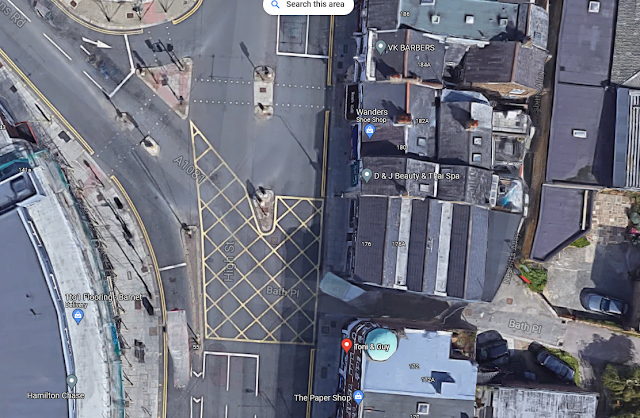 The V5 registration document had not yet been updated, other matters like pensions being more pressing, and given that Mr B was likely to do it by post, it would take some time in any event. Mr Mustard suggested it might be something that Mr B could update online, perhaps with the help of one of his children. Mr B is pretty with it for an octogenarian so might even do it himself unaided.

Mr Mustard thought that one email to Barnet Council should rightly see the matter resolved, so he sent it. 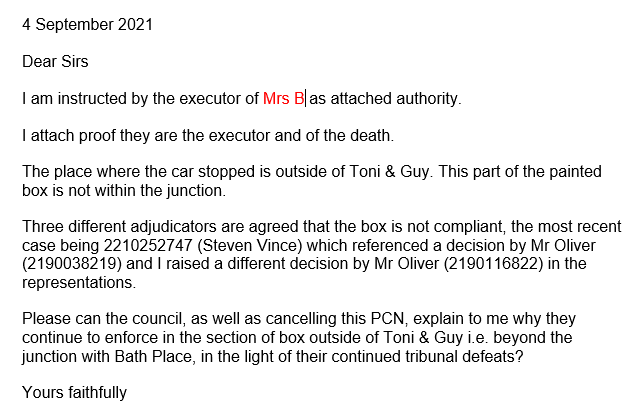 To Mr Mustard's surprise he didn't receive a reply. Forwarded on in the post by Mr B was a letter addressed to Mrs B, yes, the deceased Mrs B. Here are the contents of it.

It wasn't a letter, it was an email that Mr Mustard sent.

It wasn't received on 6 September but on 4 September, the day it was sent.

The driver isn't the liable party.

The car hasn't been sold.

Apart from those errors the whole letter is based upon a premise that nothing is more important than one miserable PCN, a PCN that Mr Mustard would, based on previous history, beat at the tribunal should it get there.

Mr Mustard doesn't think it will as he has sent a complaint to the process manager. Here it is 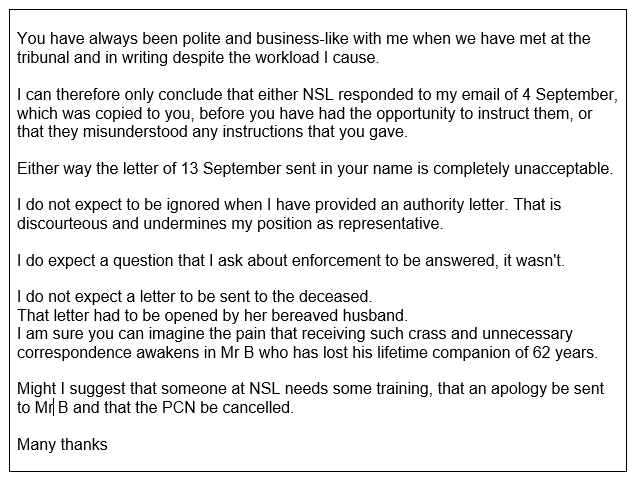 There is a complete lack of objectivity in parking departments. In the rush to plug the holes in council coffers the employees forget they are meant to be public servants and ruthlessly chase every PCN to the bitter end. This one certainly leaves a bitter taste.

What a world we live in when one PCN is more important than the loss of a life.