Traffic wardens lurking about at night in the borough of Barnet. 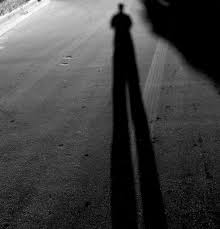 Last night Barnet moved from enforcing only during the hours of 7am to 11pm to sending traffic wardens out all night. The motivation is supposedly to 'ensure roads remain safe at night'. Mr Mustard doesn't suppose that there is more than 1% of the traffic at 5am that there is at 5pm and it is probably quite hard to find two moving cars to crash into each other.

On the other hand there will be people who have parked on the following, which are the target zones for traffic wardens, not that they have targets, well not official ones anyway:

Double yellow lines
Dropped kerbs i.e. driveways (except your own but even then not if there is an operative Single yellow or double yellows)
Disabled bays
Bus stops
Taxi ranks
On the footpath or verge or anywhere that isn't the road itself
White zig zags

Now no motorist should be on any of those at 5am if there is a restriction at that time but if there isn't actually a traffic management problem being caused then it looks like nothing more than a further squeeze on the motorist in order to take pressure off the council budget.

You can ruin the council's dastardly plan by always parking 100% legally. The council will, in theory, be delighted about that as 100% compliance is the laughable offical aim of parking enforcement.

Email ThisBlogThis!Share to TwitterShare to FacebookShare to Pinterest
Labels: be careful out there, night, ticket targets