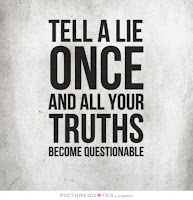 Mr Mustard went with a client to represent him at the tribunal. The client had done all the spadework, Mr Mustard presented the arguments. The client had parked in a bay close to his home which he was pretty sure was an abandoned disabled parking bay, otherwise he would have parked elsewhere.

This is what he asked three times at the informal stage:

In response he got the following:

and then after raising the same question at the formal representations stage he got the following answer.

Newham Council and Mr Mustard have different ideas of what clearly and/or correctly means:


Mr Mustard made short work of convincing the adjudicator that there wasn't a properly constituted bay at the location (the adjudicator had already spotted that was the case).

A few days after the hearing Mr Mustard received the response to his Freedom of Information request, viz:

Mr Mustard suggests that Newham Council give up telling untruths as they are so bad at it.

There will be repercussions as a costs application is going to be made and Mr Mustard reckons that everything that NewhamCouncil write will have to be subjected to extra scrutiny in front of that adjudicator from now on.