Will preferential treatment stop at teachers? 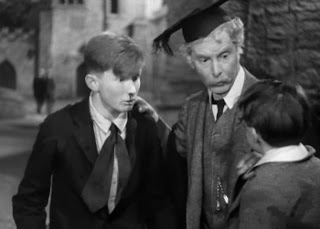 The following email has just gone out to everyone on a council email database (probably gleaned from resident permit applications) which will be a separate story about a data breach in due course.

Barnet Council is currently consulting on introducing a schools parking permit scheme to help schools within the borough attract and retain staff. We would like to hear from you on the council’s proposals so please inform tell your school staff, parents and residents that this consultation is underway.

Reasons why the scheme is being proposed:

Barnet schools currently face a number of issues with the recruitment and retention of staff such as:

The scheme the council is proposing would:

• seek to ensure residents can park as near to their home as possible by offering a maximum number of permits to a school based on the availability of parking spaces
• allow schools to determine which staff receives those parking permits
• Only allow schools that have a school travel plan in place to take part in the scheme.

If a schools parking permit scheme was introduced it would allow schools that reside in a Controlled Parking Zone (CPZ) to offer parking permits to their staff.

The individual permits would only be valid:

To take part in the scheme the school would need to have a school travel plan in place.

To take part in the consultation visit:

Mr Mustard was aware that this consultation was coming as he was at the relevant committee meeting and this is what he said at it on this topic alone:

I am all in favour of maximising the usage of on-street car parking spaces. Adjacent to Ravenscroft Park in High Barnet there is 200m of residents parking which sits empty all day as houses are only on one side of the road. It could also offer free parking in the afternoons the same as on Hadley Common.

However, the idea of letting school staff (park) is one that needs to be treated with caution as even private profit making schools appear to be included. So a school employee could have a permit which would cost, I presume, the same amount as a resident's permit (with £40 being typical) but an employee of, say, a school stationery supplier, which might be in an adjacent building, would have to pay £525

I feel a judicial review coming on if you treat one group of employees more favourably the another.

and this is what a local business has to say on the matter:

Giving teachers permits would be absurd and completely to the detriment of the local economy. But then Barnet does not care for the local economy – it is something to be mined and exploited until it collapses.

Teachers are a net drain on the local economy. They tend to live outside the borough (if they did not then why permits?) and thus draw their salaries locally and spend them elsewhere.

Parking is a very scarce resource. Our local economy depends on shoppers to be able to park and to that end we have fought hard to re-align the parking in High Barnet and contain commuters to Fitzjohn Avenue car park. To fill the remaining places with teachers' cars would be an economic disaster. They say that it would only be allowed in designated CPZ areas but by doing that existing parking in those areas will be displaced. Many visitors to the High Street use the side streets as they simply will not embrace the current parking regime.

What makes teachers a special case? It would seem we cannot recruit into many areas of employment. What about doctors and nurses? And, hey, shop workers! In Maslow's hierarchy of needs education is way below food (but probably not sweets). We have to pay £525 for the privilege of parking our van that serves the people of Barnet. I rather think that WE should be given free permits!

All other occupations depend on employees commuting when they cannot employ from the local community. You have to ask why is this ‘perk’ necessary in the case of teachers. If their package is not attractive you have to look at remuneration.  To take a resource from somewhere else and give it away as a cheap (free as far as the council is concerned) solution is not the way to do things. The economic cost is simply being displaced – residents and businesses will bear the cost.

To argue that some other councils have implemented this ill-conceived policy as a reason for doing it in Barnet is simply a ridiculous argument – just because someone does something does not make it right.

This is positive discrimination towards one group (with delusions of grandeur) at the detriment of another group which is actually funding the economy.

If you don't want your road, near to a school, over-run with teachers' cars so that you can't get parked in the day, then you know what to do, complete the survey.

If, like Mr Mustard, you don't want your data going onto SurveyMonkey's US server then email Paul.Millard@Barnet.gov.uk for a paper copy to complete. Although you have until 30 September to get it in, the best day to act is today.

Mr Mustard
Posted by Mr Mustard at 9:42 am