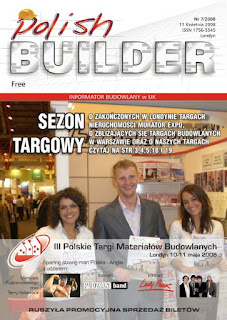 It was back in March that Mr Mustard had a rather worried Polish builder contact him as he had received 9 PCN whilst working on one job for 4 weeks near to the Tate Modern in Southwark. He had charged his customer the cost of the congestion charge (he lives outside London) and 8 hours of parking a day at £4.80 an hour so clearly he had intended to always park properly. This was the sensible action of a man who has been in the country for over a decade. He was though somewhat overrun with the paperwork and the borough had left the street name out of his address so much of it had gone missing. At the point Mr Mustard jumped into his car and went straight to see him at home; the reason being that if clients come to Mr Mustard they always leave at least one vital piece of the jigsaw at home, or in the case of a builder, on the dashboard of their van.

It has been a bit of an epic as many of the PCN had already been registered as debts at the Traffic Enforcement Centre (TEC) and so the builder was facing a total payment of £1,725 to avoid a single PCN going to a bailiff (9 bailiff letters would have added another £675 which makes the bailiff fee for writing the first demand letter look rather generous as all 9 PCN could be put in one demand). Mr Mustard filed the appropriate in time (only just for some of them) witness statements at the TEC and all the PCN were then wound back to the Notice to Owner stage (the liability was then down to a potential £1,130 as there were 8 higher level PCN at £130 each and one lower level at £80).

Mr Mustard then set to with his challenges. A number had been given for parking on the pavement. The spot concerned was laid out with the pavement and carriageway being level with one another and bollards existed to stop vehicles going where the council didn't want them to go but that encouraged people to park partly on the carriageway, straddle the double yellows and be on the pavement. When you are refitting a kitchen and have no room to turn around in a tiny riverside flat you keep needing to bring your van close to the property to load and unload tools, materials and debris and thus commit one &  sometimes two contraventions at one and the same time and there is always a traffic warden lurking nearby.

Amusingly the same error was made three times. The building had a plaque saying it was on Bankside. It was at the front but the van was at the back and so it was in Hopton St. That made those 3 PCN invalid. The council recognised their untenable position pretty quickly and cancelled those once challenged. They also cancelled one where payment and the PCN occurred at pretty much the same instant.

As Mr Mustard produced an invoice for building works Southwark Council also accepted unloading on all but two of the PCN which Mr Mustard then took to London Tribunals (formerly PATAS). Mr Mustard awoke early this morning and was idling through the tribunal register when he saw that Southwark have decided not to contest the two Appeals to the tribunal which now makes the outcome of the 9 PCN this:

So that is a potential outlay of £1,725 reduced to £nil. Don't feel sorry for Southwark Council (who have been entirely reasonable throughout) as they gathered in £800 of parking receipts for the one van during a month. The Polish builder has now retained his profit from the job which would have been pretty much wiped out by these PCN.

Please don't leave it until your PCN is registered as a debt at the TEC if you think you might need Mr Mustard. Never ignore PCN paperwork, always stick to the timetable. If you are going into hospital or abroad for a number of weeks, get someone you trust to open your post.